Thank you the Four Eyes for reminding me of this video, and also I looked on Heckasac and in 2011 the Four Eyes played it at the Xmas show. How did I forget that??????
Posted by beckler at 9:26 AM No comments:

Hi Kids,
Just felt like calling you that. So I am.

I'm adjusting to working from home and the wrist rash is better. I did a barre class at home yesterday and now a weird part of my back is sore.

Are you also wondering if Andrew Cuomo's nipples are pierced? Dan Savage weighs in. Spoiler: yes.

Since now all we can do is bake (if we have the ingreidents) and consume media or (sort of) go outside (but not to the beach or state parks!) I am going to suggest a media pairing to you. Is that a thing? Well, why not! It is now.

I suggest that you pair this New Yorker article about avalanches with this funny Swedish movie in which an avalanche is a pivotal plot point. I had to pay 4 bucks on Prime to rent it, but you can get it free from Kanopy which needs a library card which is too complicated so I didn't do it. There is one scene in Force Majeure that had me cracking up so hard, and also it's at a beautiful ski resort in the Alps so it's kind of like a little getaway.
Posted by beckler at 5:48 PM No comments:

I posted on IG about this, but I watched the documentary Marjoe a couple nights ago and it blew my dome. Very entertaining, loved the 70s fashion, and the speaking in tongues church services and the giant Texas hair,etc. It won the Oscar for best documentary in 1972 but I think was a bit forgotten, or maybe I'm the only one who didn't get the memo. It's on Tubi, which is a free Roku channel that has all kinds of interesting stuff, including a lot of obscure documentaries and last night I was watching the Dolemite movie "Petey Wheatstraw, the Devil's Son in Law". 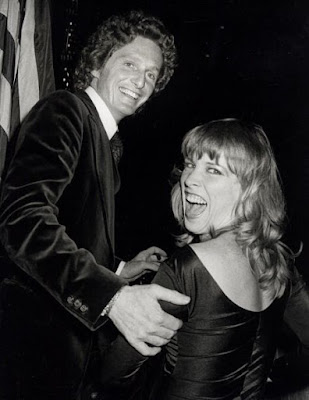 Fun trivia: Marjoe, the documentary subject had somewhat of an acting career after the doc. came out and was briefly married to Candy Clark, of American Graffiti fame. How cute is she?

More quarantotainment: the IG account Comedy Quarantine is doing stand-up sets every day at 7pm and you can tip the comedians on Venmo. Yesterday had Kyle Kinane. Check it out!

Cooking tip: when we were in Oaxaca this year, we were blown away by their use of black beans in the cuisine. One of the dishes was enfrijoladas, which were kinda like enchiladas, but pureed black beans are the sauce. This is a very simple dish and easy to make from non-perishables. Since we are all obsessed with beans now, I would recommend making the beans from scratch so they will taste better. I just cooked black beans with some toasted dried chilies, put em in the blender with the bean liquor and chilies, then fried up some corn tortillas in oil, used some cotija I had left over (but any kind of cheese will do) and then topped with cilantro from our community garden. Here's a recipe.
Posted by beckler at 11:37 AM 2 comments:

Maren Ade is the best

Man, I really messed up on that Basha post below. I ass-umed that because a restaurant billed itself as "Jerusalem" cuisine that it was Israeli instead of Palestinian and then even thought their wall hanging was in Hebrew when it is obviously Arabic. Duh. I hope this new (opened in Jan) restaurant can hold on so I can write something about it and educate my dumb ass.

I am currently waiting on a Ticketmaster bot to help me get a refund from that Kings game that they promised me would be here soon over a week ago! I was supposed to go the night the entire season got canceled and I've got money for four tickets coming back. I understand they are scrambling and their business is super effed, but they already said it would be coming and now they are like "I don't see that, let me check our records". Then they said "it will be in as soon as 30 days" which I screengrabbed for next time I have to chat with the bot. 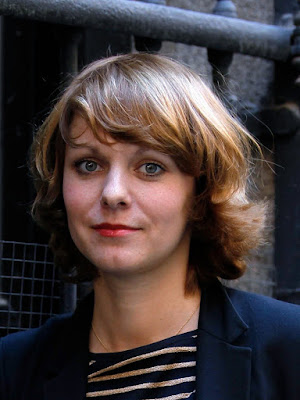 This absolute BABE (which is immaterial, but a fact) is the German director Maren Ade, who is a somewhat unsung genius. She def. got acclaim for her movie Toni Erdmann, which was wonderful, but I feel like she should be up there in the Serious Dude Director canon and it doesn't feel like she is. Criterion has both of her other movies up. They are both insane in their own way. The Forest for the Trees is the story of a socially awkward bumpkin who moves to the city to be a teacher and can't make friends and is desperately lonely. It is so REAL it will kill you. And Everyone Else, which was from 2009 and was the last before Toni Erdmann, has more weird mind-fuck pranks like TE. It's about a TERRIBLE relationship and also feels very real, and the plot involves a German couple on vacay in Sardinia so it kind of feels like a mini (but bad) vacation. I'd like to point out that Ade is only 43, which means that she was like 26 when she was directing Forest, wunderkind anyone? Her new movie is released in April, so if movie theaters still exist then I will even drive to the Bay Area to see it.
Posted by beckler at 10:14 AM No comments:

My wrists are scaly and I've also been getting wrist rashes. I'm very spacey and can't concentrate very well and keep doing weird stuff like today I put dressing on a salad that had dressing on it already and my head feels like it is going to float off my body and I keep worrying that that somehow means I have the virus and also I read that lack of taste and smell can mean you are infected and that made me freak out because my Ezekial bread tasted like cardboard this morning so I smelled my own armpit to prove I could still smell and then remembered that bread always tastes like cardboard.

I am losing weight and looking somewhat stringy and I feel like I have aged rapidly in the last two weeks and my skin is so dry from so much washing because showers and baths and washing dishes are the only things that feel clean. For once my nails are growing and aren't breaking off but then I know that nails trap germs so should I cut them and also I will never be able to get a manicure again so who cares if my nails are finally longer? It's funny to me this is the one thing that has made me lose my appetite, including when I thought I was dying of a tumor (benign) I think I was still eating but things are fuzzy from that time so maybe not.

My sister is out of work, my brother is out of work, my mom reports from coastal Mexico that people are taking it seriously, except their president AMLO who is apparently joking about it. She said she is used to being isolated so this is not that different, but she also went to a flamenco class Thursday I think and is going to the market to get her cat smoked marlin today because she claims that is all she will eat and also she went to the fabric store I think maybe yesterday to get fabric to make my sister a quilt which she does not want so now that I add these things up she is not really staying in at all is she? She said there are no hospitals there which is an absurd thing to say and no tests and I said there are no tests here, or none that I know of so we laughed about how the countries are not so different.

Talk freekah to me

Guess what you are not going to read about here? Not today!

Lean In paid tribute to a trans activist on their Instagram for women's history (herstory) month. That made me smile. 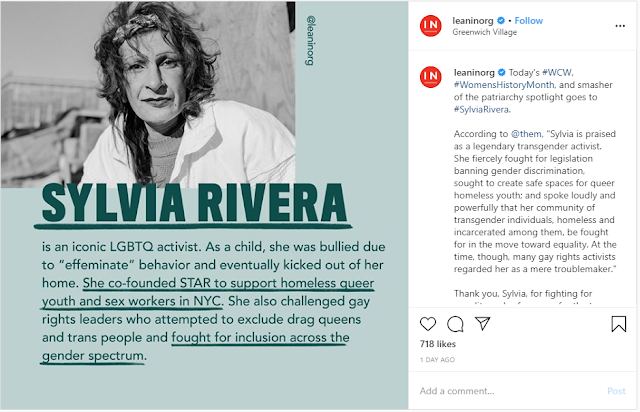 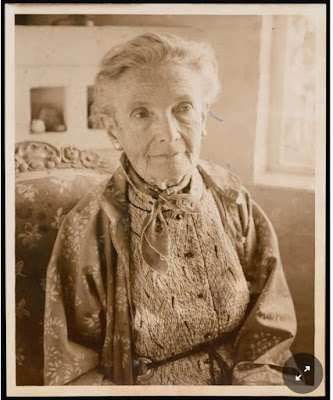 My girl Agnes Pelton getting the respect she deserves in the New York Times, and I did get the new Art Forum with her on the cover at News Beat, and even got to go with Mr. Charles Albright, which was an unexpected treat. Makes me think about the Gorilla Girls work "the advantages of being a woman artist" that says "your career will pick up after you're 80". Well, for Agnes it took until after she was long dead, but hey, better late than never, right!?

And, there's an Israeli restaurant on Fulton I'm SUPER EXCITED about. Learn more after the jump

I 100% ate a donut today hoping it would cheer me up. I think that's why there were donuts here in the first place. Grim times. This time change is brutal. Cat decided to meow loudly at 545 am. That means it was "actually" 445. WTF was the thinking in that tiny walnut brain? And then factor in the guy screaming bloody murder at 1 am where I almost called the police. Not feeling great. Coping with insomnia by reading tweets about COVID-19 is not recommended by any sleep experts it's pretty safe to say.

I finished The Nickel Boys novel yesterday, by Colson Whitehead. It's short and compulsively readable. I though it was great but insanely grim. I liked it better than Underground Railroad because no magical realism. His author's note after is a must-read and he recommended watching Brubaker so I did. It was also very grim and depressing and also based on a brutal true story. Maybe this is contributing to feeling so down today, ya think? Anyway, two thumbs up but it is hilarious how even though Robert Redford plays a down-to-earth guy in the thick of prison life that he has this golden boy haircut and always has his shirt unbuttoned a bit to show chest hair. It must have been in his contract at this time.