Slept on this when it came out, great article on butch lesbians (in the Times, it's SFW). Very entertaining 15 minute film along with it and I almost teared up a little to see Jenny Shimizu. I think it was the nostalgia of the CK One ad. I can't believe I wore that stuff!

My no-knead bread is looking really good today. Fingers crossed. I did add just a teeny bit of extra yeast. It still has to do the second rise for about an hour, and then cooking in the cast iron. It's the Jim Lahey recipe.

I really do see a pattern for myself with the beginning of the week being very rough with SUPER high anxiety and then mellowing out towards the end and then a long, boring but relaxing weekend.
Posted by beckler at 1:51 PM No comments:

I wrote a thing for the Bee on what William Rolle is up to, and it has recipes, including for his famous salad dressing, which is super simple. I was so relieved to find out he is stoked.

I also wrote letters to the Cafe Marika peeps and June. June didn't answer, but Eva from Cafe Marika answered, but too late.
Posted by beckler at 12:50 PM No comments:

Working on a thing that the Bee *might* publish (some parts of it fell through) and I'm LOLing remembering how BAR only gave Cafe Rolle 2 out of 4 stars.
Posted by beckler at 9:37 AM 2 comments: 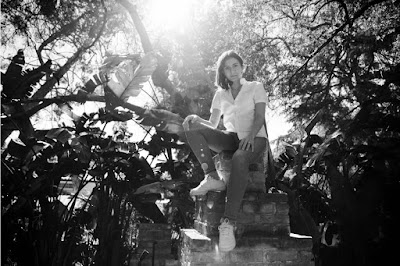 The Times has a short profile of writer Otessa Moshfegh today. I'm bummed they are delaying the release of her new book. This is part of a larger topic, but people need to accept that something magical is not going to happen this summer that is going to make things like book tours possible. So her new novel was supposed to come out but now is delayed until summer. But anyway, I love her and if anyone wants to borrow her book "Eileen", which is my favorite, I could loan it to you. If you want to do a deeper dive, the New Yorker did a longer profile.

Wow two comments on my last post! Exciting! Being sincere!

I am about to go barter something so I thought I would start a list of things I have bartered during the pandemic. There's a lot and I will forget, and I like Heckasac to serve as my external brain. Although I am stretching bartered to include "venmoed money for"

1) Thermometer
2) traded dental picks for yeast and olive oil
3) traded herbs for homemade kimchee (that's the one I'm getting in a few minutes!)
4) Garth Greenwell book for Ocean Vuong book with bonus Lidia Yuknavitch book
5) wheat berries for duck fat
6) bout to buy wine from Chloe Henry (find her on the Gram to buy some wine, tell her what you like) and trade it for an N95 mask
I think that's it, but still, kind of a lot

What have you bartered?

It's all bullshit, sheeple!

Anyone else finding that Mondays are really bad? Garfield? Anyone?

I think it has to do with the news cycle ramping up for the week, going back to work when work is so weird (for those of us working from home) and then also the weekend being over but not really feeling like a weekend. I had a terrible day yesterday, my anxiety was off the freaking charts. Also our expensive baby ear thermometer is so all over the place that every few days I'm not sure if I have a low fever, and that happened yesterday. I feel fine though, hope you all do too.

But today is a Tuesday, Whole different beast, amiright?

I thought I would throw out a couple controversial food opinions, since people are talking a lot about food and cooking. One controversial opinion going around Twitter is that "sourdough is gross". This is happening because there's a yeast shortage so people are making their own sourdough starter. I mean, that opinion is just silly but it got me thinking.

I made meatballs yesterday, and I put a parm rind in the sauce, as the recipe called for. Controversial food opinion alert: I doubt this has an effect on the flavor whatsoever.

Controversial food opinion number two: bay leaves don't do shit. I feel like I've blogged about this before. I have them, I use them, but I doubt that they do anything.

While we are on this topic - epsom salts, what's the deal? Not for cooking, for soaking in. Do they do anything? By what physical mechanism? Do they soak into your skin? And do what? I recently finished the last of mine and someday I will buy more, but I don't think they do anything.
Posted by beckler at 9:04 AM 4 comments:

My writing gigs were starting to pick up right when this thing hit. That will likely dry up but I feel blessed that I have my second article for the Bee this year up online, and in the paper edition on Sunday. Staci O'Toole has gotten a lot of press for her truffle farm in Placerville, and her cute truffle-hunting Italian dog. She even got a big piece in The Guardian. So I took a new angle and talked to the UCD scientist she is working with to figure out how to cultivate truffles in our climate. I had planned to do both interviews in person, but they worked out fine via Zoom. Now that everything is canceled, my weekends are pretty free to write, but of course all the publications no longer have any ad revenue coming in and are in survival mode.

I have one more small thing lined up, for a publication I've never written before, and that will be out in July. That may be it for a while.
Posted by beckler at 11:15 AM 2 comments:

Thank you the Four Eyes for reminding me of this video, and also I looked on Heckasac and in 2011 the Four Eyes played it at the Xmas show. How did I forget that??????
Posted by beckler at 9:26 AM No comments: