There's a fun dance party at Witch Room tonight and also Paul from !!!s band got added. He is a really cool guy (and known Deadhead to boot) so they should be good. I am going to a play first so I may miss him. Dead h8ters I'm sure his band doesn't sound like them and side note don't drink your h8terade because it might be laced with acid.

First b-52s practice this weekend and I am excited/trepidatious. Is that a word? If not a word, a feeling. 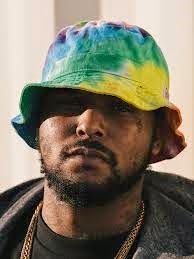 I had a hilarious experience sneaking in to schoolboy q at assembly. I actually had passes but I didn't want to wait in the giant slow moving line. I was with a certain person who knew of certain underground access. After various fits and starts, the funniest of which was that we thought we had gotten in but we were actually in the karaoke bar next door, we ended up backstage and couldn't figure out how to get down for a minute. I was petrified we would accidentally end up on stage. We finally exited stage left and we were in.  He was pretty amazing but probably still not my jam.  About half the dudes there were wearing bucket hats. This is kinda funny because if I am going to see someone who wears a particular accessory I would not make sure to wear this accessory.

It's weird that there is no info about this party anywhere. Not on the Witch Room FB or their website. Is there a reason they aren't promoting it? So good they have to keep it word of mouth? I may stop by to see you, but I'd like to know if there is a cover or something before I swing in for a drink, ya know?

I think they want it a little on the d.l.

I'm just trying to get the facts straight here:

Do I have that right?

bucket hats come with a whole frat boy lifestyle, which was more expensive at the merch table than I could afford