Making a living in medieval times is feudal!

Boy oh boy, the Fresh and Onlys were so fucking good last night! It made me like them more than I did just from hearing them on record. Loved the Ganglians, too, and they said it's their last show for a while? Why is that? When are they going to Europe? I finally got their single with Blood On The Sand on it and it's my favorite recorded song of theirs. It's on their myspace if you wanna hear it. Next time you're considering a Hub show but maybe you're inside all cozy and don't want to go out think about this: it's really warm inside. Things like that are important to me because I didn't feel like going last night either.
On Saturday I was on my way to Oh Dang! at the Townhouse when I spied a portal in time. I knew that's what it was from watching Star Trek. I of course jumped through right away and before I knew it I was in Medieval times!
I wandered into a feast. 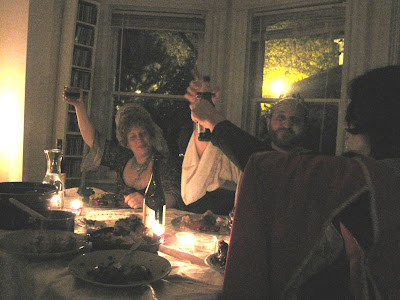 Here's a knight just back from the crusades who is also an accomplished chef. He is displaying a crouching rabbit baked into dough in the shape of a pig. The King is pleased and amused. 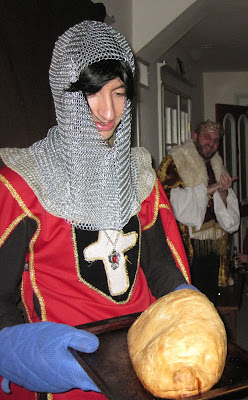 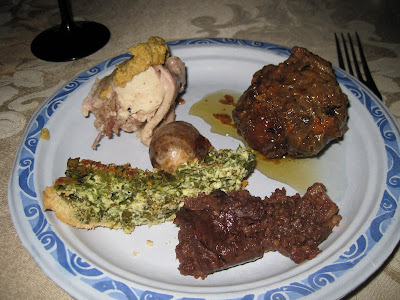 It was hard to get a picture because in medieval times there was no electricity, duh. It was a great time but I think I caught a touch of the Black Death and I'm feeling under the weather.
Bab's relentless quest for the magnet continues. She has partially zombie-fied the other one. 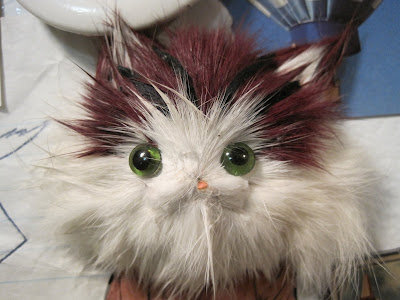 Right after I remarked to MH that I can't believe what great condition this Woody Allen poster is in, considering it's been on our fridge for two years, Babs tore it in half in her lust for the magnet. Luckily smiller taped it and you can barely tell. 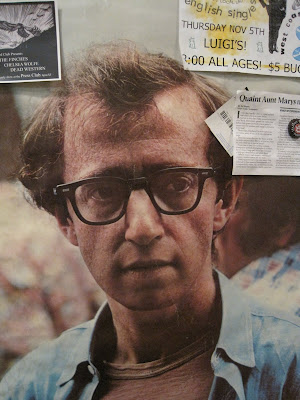 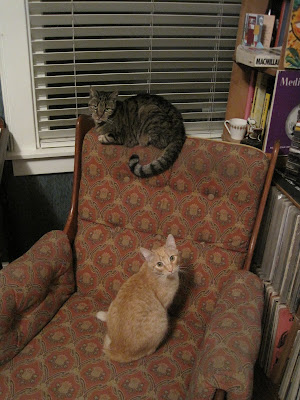 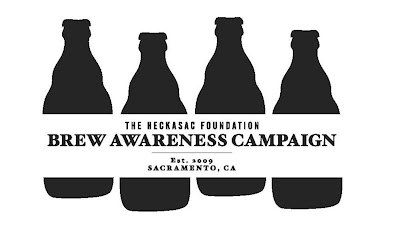 The Shack has a Du De Ciel beer called Rose De Hibiscus. It is pretty girlie-fied, but I like it. MidMo covergirl Niki was our server and she said she didn't like it because she wants a beer that tastes like a beer, but I think there are all kinds of different beers for many different occasions, so we had to agree to disagree. It tastes very tea-like and delicious. 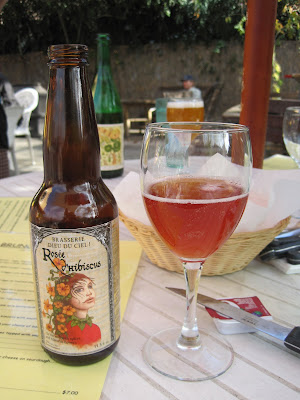 Here she is popping a cork on a Saison Dupont. 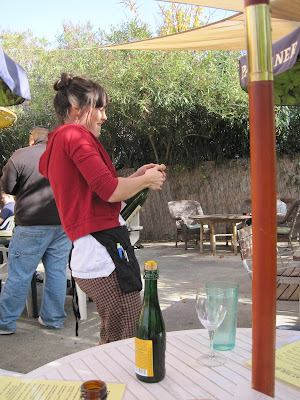 Here's KC's corned beef hash. The Shack has a great version of it. 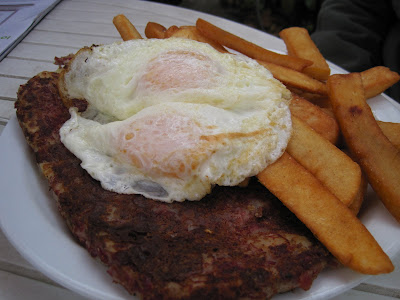 In other Brew Awareness news, we finally got that Saison Dupont keg installed in our bathroom. Stop by and have one. 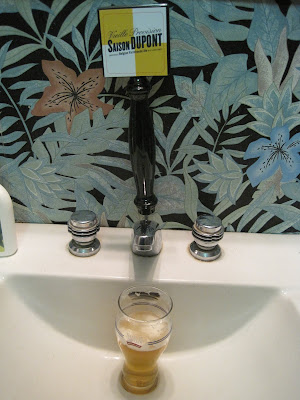 The bathtub idea is great! Do it!

"Blood on the Sand" last night at the Hub:

wow, it's already up on the internet? this really isn't like Medieval times.

i was quick this time with the vid.

they go to europe in may. check out this crazy lineup:

their only upcoming show is with ty segall, oh sees and mayyors at eagle's tavern in SF, probably/definitely worth the drive, even on a thursday (jan. 14)

Steve confided in me yesterday that she's totally over Babs.

I'm working on a Ganglians show with Dum Dum Girls...likely in late Jan or early Feb.

Hmmm, looks like the same face Smiller makes 2 and a half hours into the Four Eyes Christmas show.

just had a southampton (NY? )farmhouse jammy called "cuvee des fleurs" that sounds a lot like that flower brew you had. not sure i'd buy it again, but it's pretty neat stuff.

I think by the 2 1/2 hour mark of the Four Eyes Christmas show I have a permanent smile on my face. That's more like the face I make during the first few "warm-up" songs.

I have been in a couple of Medieval parties and I have had so much fun for two reasons: one, the costumes and second, the food and beer!