There is some really crazy stuff going on on yelp with Aioli.
The owner decided to respond to some negative reviews by posting upwards of nine fake reviews, and now it's getting personal and ugly. I would urge him to instead focus his energy on reading the reviews carefully, and taking the valid criticism to heart. Aioli was a place that I used to go to every once in a while, and I had more than one annoying interaction with staff and finally kind of cut it out of my rotation. Now if I want tapas, I go to Tapa The World.
We have some high caliber shows coming this weekend. On friday, it's Vivian Girls (I really like the album), Nodzz, and Love Is All at Luigis. This show will probably sell out so don't be late. On saturday there is a DAM house show, and you know those are always fun. Nightwounds, Ganglians, Hospitals. Has to be over by ten.

Another bomb-ass place in DC that I would trade my left nut for it to be in Sac is called Domku. Slavic and Scandinavian fusion with good Belgian beer on draft and creative aquavit cocktails? Yes please.
Blogger decided it would go back to up l0ading pictures in reverse order, so here is my main course, which were Polish-style crepes loaded with chicken and buckwheat (surprisingly good) and covered with a tomato sauce.  That's a fresh Hennepin on the side. 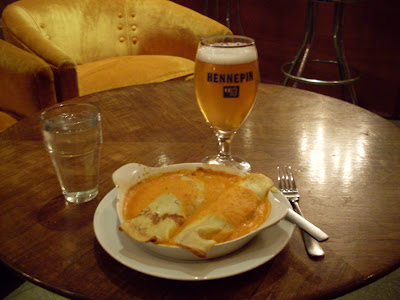 This was my first course, gravlax and knackbrod with accoutrement.  I had this with a dill-infused and muddled cucumber aquavit cocktail.  This was one of the best pairings I've ever had. 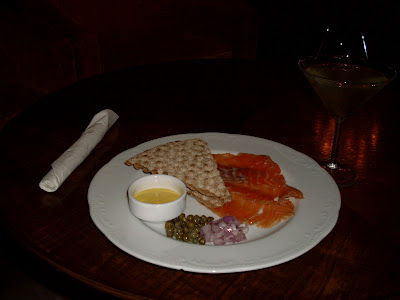 Here's a quick snap of the inside.  It's a little bit indie and cutesy, but it had shabby, comfortable vintage furniture.  This place rules! 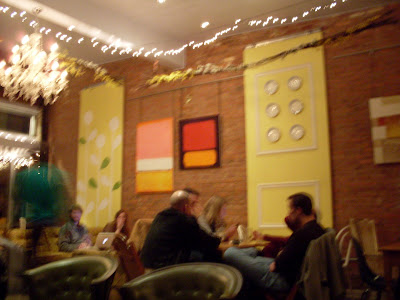 p.s.-anybody got any good buckwheat recipes? not buckwheat flour, the grain.

I treated myself to web surfing the other night and decided that downtown Sacramento blogging was the place to be. Naturally, I came to heckasac.blogspot.com, a.k.a., Heckasac, as I have come to know the owner, Beckler, and many of the long-time minions by their first names, and they have always made me feel like I'm part of a big indie Sacramento family. Living thousands of miles away from home, and away from your oldest and best friends, people who treat you like family tend to readily grow on you, and so I come back on a regular basis. This is a family of bloggers, musicians, philosophers, and kings.

An even better reason than sell-out likelihood to show up early on Friday is for the Nodzzz. This band is gonna melt hearts in Sacto. They are truly like the kinda fun scruffy poppy garage band that woulda been a fave at the Loft in the early to mid-90s. You don't even hafta know their songs be join the singalong for the second chorus. Trust me on this one, folks!

That place looks awesome!! What are those veggie bon bons on the menu page? They look like cookies.

I don't know if this is a good buckwheat recipe, but it sounds good:

I don't have a recipe, but I had the crepes similar to what you talked about when iw as in Hungary. My grandmother's cousin opened up homemade sausages and stuffed the crepes with the meat. So good. You might search for "palacsinta" recipes.

"brapo" - the sound I made after I ate all those crepes.

ooh, that recipe does sound great. i'll make it as soon as i save up enough fat.

What a fun morning on Yelp! I can't wait to see how this lawsuit against Em turns out. Of course the owner of Aoli is such a fine, caring man with connections to many ceo's so she should be fine.