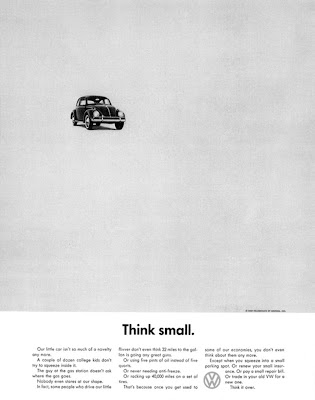 Here's the Bee's take on the city council vote (from an editorial). Please note that the hallowed "Knitting Factory" brand was invoked. The Bee is again saying that we should be "thinking big" for K street. Hasn't this recession showed us that it's time to think small? There is nothing wrong with small. Small is beautiful.
Here's Jason Bogg's take on the debate (from SacPress). He will be part of the team that will be developing the venue on K street:
I’ve toured the U.S. seven times, did two European tours and have played in Hundreds of clubs around the world. I’ve been in the Sacto music scene for over 20 years and have a pretty good perspective on what this town needs. We are going to have a place that the local music scene can take advantage of and call home, while being large enough to accommodate most touring acts. Sacramento needs an awesome room with state of the art sound and lights that is profitable so it can actually stay open and thrive! You are really supporting an out of town corporate club over a locally owned business? Both the Knitting Factory in New York and L.A. closed last year because they were too big. The NY Times quotes the CEO of Knitting factory explaining why they closed and moved to a 350 capacity club was to “Lessen the pressure to draw big audiences every night and bring the Knitting Factory back to its roots as a club that could take risks”. A 2000 thousand capacity Club in Sacramento would eventually have to turn into a crappy Top 40/DJ style Douche Den just to pay the bills. We are being smart and setting this up for success. P.S. I’ve played the Catalyst. It’s a great club that has an 800 capacity. P.S. S. If you are worried that its too small to fit Dave Matthews, I wouldn’t book him anyway
Posted by beckler at 1:47 PM

Conceptually, I always like the idea of more not less musical venues in Sac. But I think the comments from Jason, he of Shady Lady and the Snobs, are pretty right on. All he has to do is look a few doors down to Venue, formerly Empire, to see how easy it is for promises of a hot new live music venue to fizzle. It was hard enough for most bands to come close to filling that 1,000 capacity room. And Knitting Factory 916 was shooting for 2k? Hookay ...

That is the first promising thing I have seen written on this topic in forever,

Seriously it takes so little to cheer me up.

without any meaningful housing i don't see much of the project floating. i'll take that 750 person venue ... but not on K Street

If we are going to have live music on K Street, it should be part of a well-known national chain, like Knitting Factory.

Otherwise we should just give the development over to someone who knows what they're doing, like the head of Z Gallerie. That's a risk-free bet in these uncertain times.

"Live music" is one of those things people like to champion even if they haven't been to a show in years. A 2000 seat venue here would be such a disater! And a chain like the Knitting Factory would be coming in with most likely no idea what a tough town Sac is musically. Boggs has toured a ton & more importantly he lives here so he at least understands what he's getting in to. Best of luck to him.

Actually, scratch that. A 40 story House of Blues would probably be a better idea.

I'm not sure how anonymous person above defines "meaningful housing," but there will be around 250 housing units in the combined project.

Maybe the new venue should be called "House of Booze," but they'd probably get sued the way that Bloomingdeals and Sac's Thrift Avenue were.

Serpentine said...
This comment has been removed by the author.
5:20 PM

downtown/uptown/midtown/old town has always been a haven for artistic types. the collective revenue mentality this city has can't continue, thanks (in part) to the current recession. When people are broke, people get creative.
We have enough art juice to power a kickin' town, and have, but I (and I am sure you) have seen the unfortunate change in the town, focused on being a hub for SF, a quick stop on the way to bigger and better things, a straw to suck a little money from the average corporate blumpkin.
Money is good for the city, if the city knows how to reinvest in itself, and seeing how even just the last ten years have transpired, it don't.

The janked up Sac as I knew and love worked. There was a tasty vibrance that I really miss, but still continues, albeit at a lower frequency. Just gotta press yer ear a little closer to the ground.

Here was my 2 cents to this comment/article.

but I don’t think its Sacramento’s lack of venues, its more Sacramento’s lack of good programmers.
Example, more or less recently I’ve seen the Sun Ra Arkestra in a piece of crap café, Janelle Monae in a bar no larger than Badlands, Betty Lavette in a barn, Damn Funk in a nightclub, Peaches in a park, Gill Scott Heron in a theater ESG in a dissused strip club etc etc etc . Sacramento has all those, barns, cafes, nightclubs, parks etc etc etc - so I don’t think it’s a lack of venues…. Of course, im in no way against more venues, bring it on!