I'm back! I have one of those whatever-style picture posts.
Me and Liv's movie night went well. At first we were SWEATING because almost no one showed up on time. I did not expect people to roll in so late and I thought like 3 people were going to be there. In the end we had 18 paid admissions, which is awesome! It doesn't sound like much but I've been to many local screenings with like 3 people. Thanks to everyone that came and we would like to continue blowing your mind. We will shortly be scheduling one for August, I think. Next one will probably be only 3 bucks, with no hotdog included. Although my freezer is full of hot dogs now.
Speaking of hot dogs, here's my annual birthday burger, a Whitey Special. 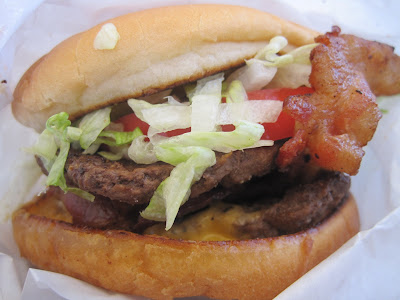 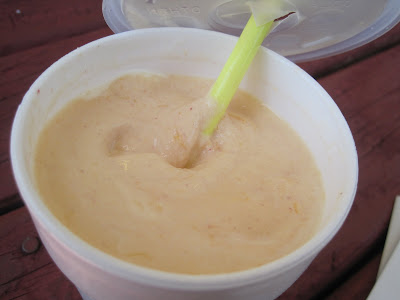 Next day was the Four Eyes at the fair. So fun. 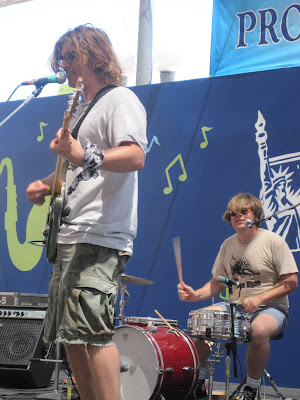 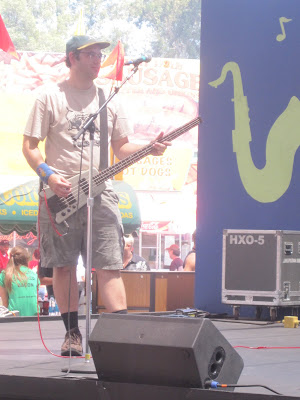 This picture captures Joel's rasta topknot style that is sweeping the nation. Sometimes a don't becomes a do. 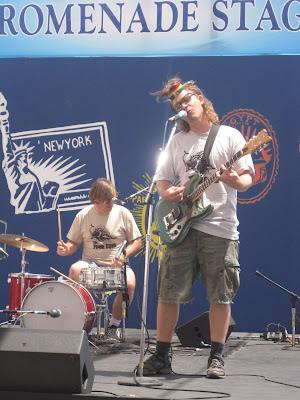 Ecstatic audience. People were digging them, for sure. The best part was the cute nerd couple who knew all the words and would sing them while looking in each other's eyes. 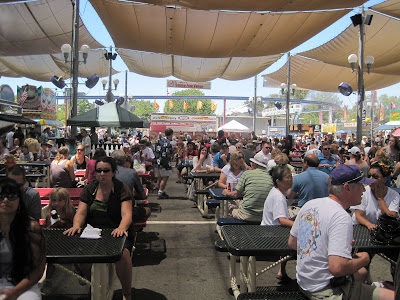 These little girls were really wasting the Four Eyes stickers. Yeah, I know, they're cute and all but you know what's not cute? Wasting. 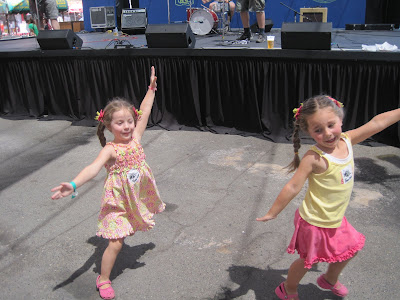 The elusive Bigfoot was spotted at the Humboldt County exhibit. 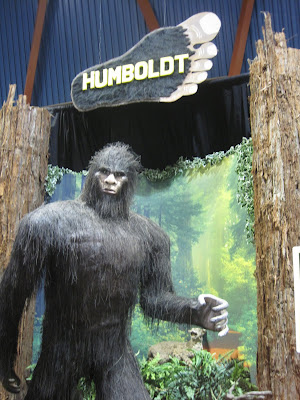 The also elusive yellow biplane. This shit got me soooooo stoned. 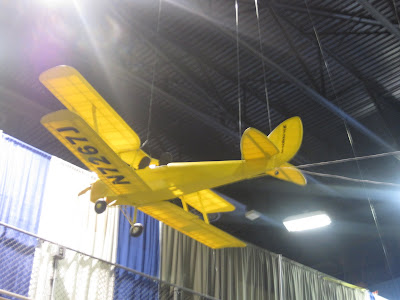 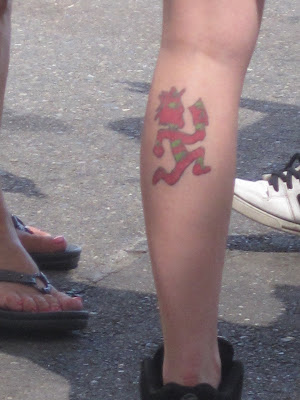 When you think fair you think "it's hot, I'm hungry, how can I feed my whole family", right? 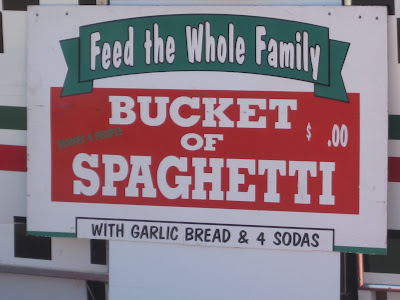 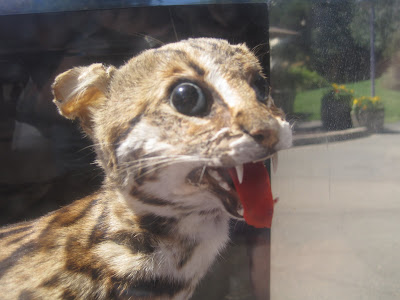 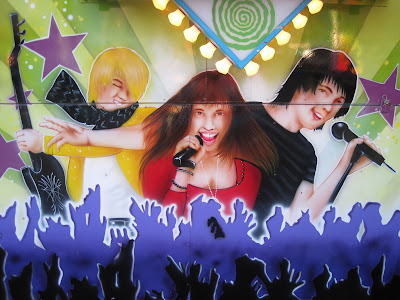 OK, now it's on to the trip to the coast. I have a heavy recommendation for you right now. It's a really Cali place. If you are heading to the Point Reyes lighthouse, which I recommend, make sure to make a side trip to Drake's Beach. There's a little cafe there that you should check out. 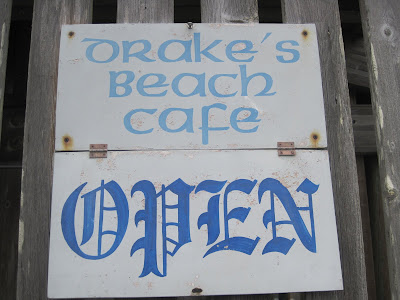 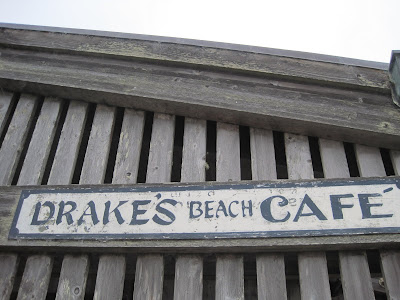 This is a chicken quesadilla from there. Yeah, it's pricey just like every place in that area of our big blue marble but it's local, organic, yadda and GOOD. They have a prix fixe dinner on Saturday nights that I vow I will try someday. I saw the menu and it had rabbit on it. 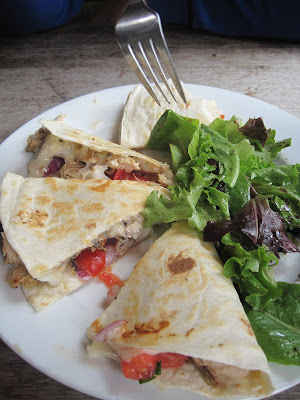 It was very foggy and misty the day we went to the lighthouse. Perfect weather. 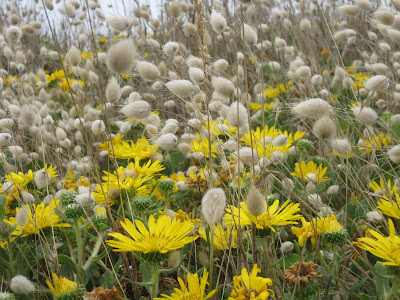 I saw a grey whale tail! 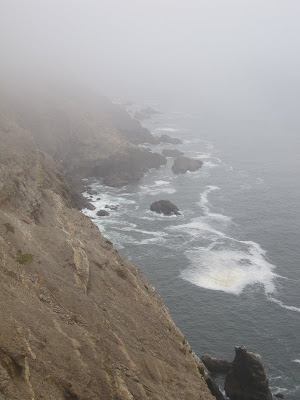 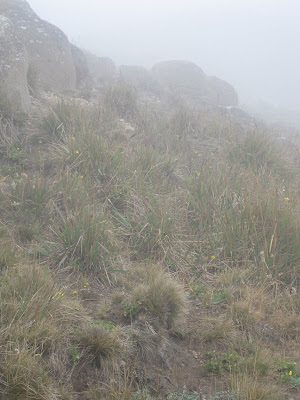 What is this little guy? A weasel? A ferret? We watched him for a while and finally he caught a fat field mouse and ran off to rip its head off. So cute! 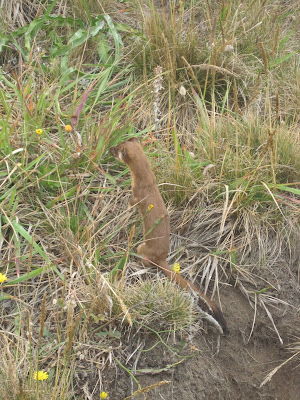 This is what happens when you give miller the camera 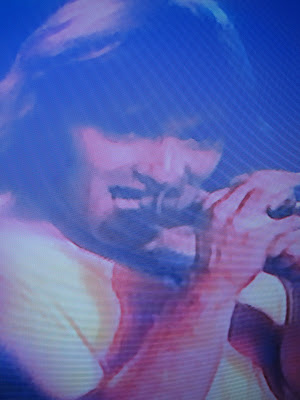 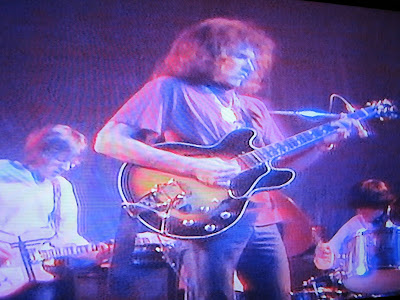 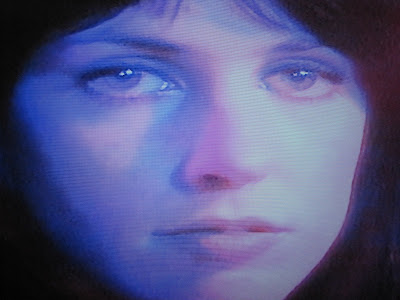 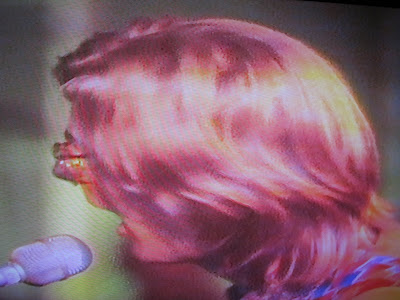 I had never realized before that Bob Weir was fine. How did I miss that? 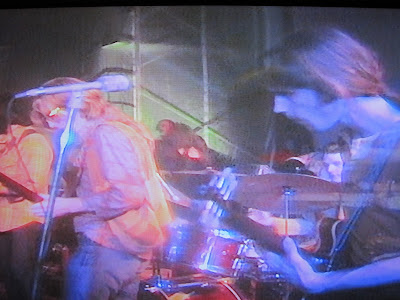 We discovered that Jerry used to live in Stinson Beach in the 70s. Also, Janis' ashes were spread there. 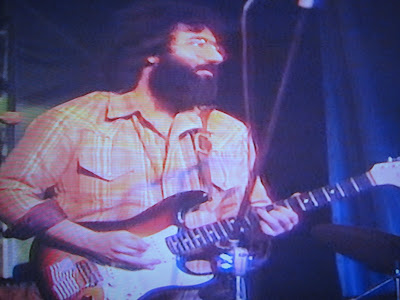 I have been saying that Weir is fine forever!

Also there is a Jerry shirt at SPCA in the record room. Unfortunately, it's black not tie dyed.

Well, Humboldt County is the home of Bigfoot (although in 20 years I've never see 'im) and also many ways of the locals cashing in:
http://www.eatingwithgeorge.com/2007/10/bigfoot-burger.html
- Stephen Glass

I can't wait to play the fair next year! 44 bucks on beer before 2pm!

Word = legadope
"legalize it is dope!"

I think I probably spent a hundred bucks at the fair. That's without parking cuz I biked. Of course, that includes losing about 20 bucks at the track. Damn you, General Dan! Also, two wine slushies. The first one was a revelation, the second one was a mistake.

I really enjoyed the Anger screening. I hope I can attend another one. In case you're taking suggestions, I'd love to see Begotten on a bigger screen. the trailer: http://www.youtube.com/watch?v=z_c_odzPOZc

Begotten is...interesting. I saw it, like Inauguration of the Pleasure Dome, at a noise show at EMRL. At the time, Death Squad was fond of showing Begotten during his performances (before his "threatening people with guns during performances" period.) I think I have a copy.

Weir was fine but sometimes looks so much like Kiedis that it negates the fine.

I think that little animal is a long tailed weasel - vicious rat eater!

hey jeff-
i didn't recognize you, somebody pointed out after that you were there. i knew you looked familiar! see you next time.

beckler said...
This comment has been removed by the author.
10:22 AM

both fine. i said it.