Ya know what I love about my friends? When I was talking to them about the fair at the Bows grand opening on Tuesday, SO MANY of them had already been to the fair! Even though it had only been open a few days.  I feel that we're united in our love of the fair. 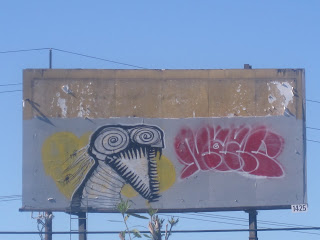 Here's a tag that showed up on a billboard that's on the right side of the road if you're heading to Davis.  I feel like this is someone well known, right?  I like it.  Street art! 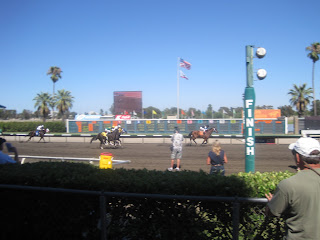 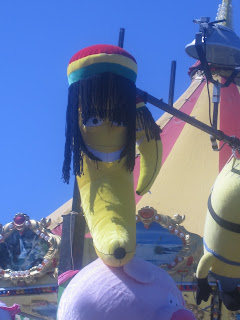 This rasta banana is a big prize this year 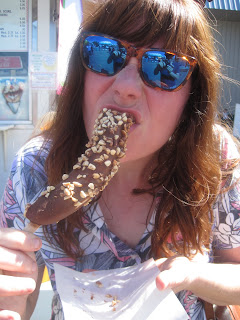 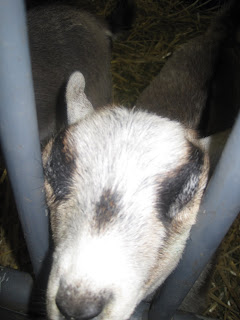 I tried to capture the fact that this goat looked like Brian Peppers, but couldn't do it. 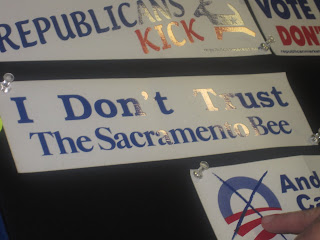 The Republican booth at the hall of crap had some retro bumper stickers. 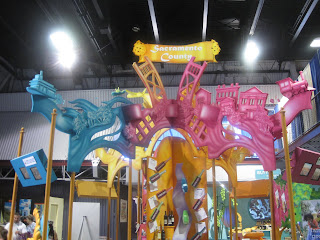 The Sacramento County exhibit is HIDEOUS.  We should all hang our heads in shame. 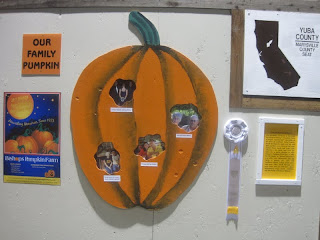 But at least it didn't suck as bad as the Yuba one.  Which somehow won an award? Obviously this was fixed. 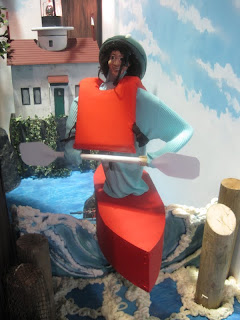 I forget which county this was, but this kayaker has a really tiny head. 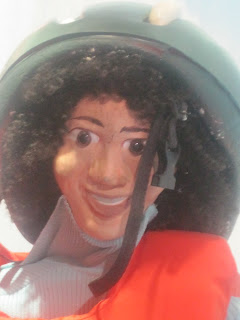 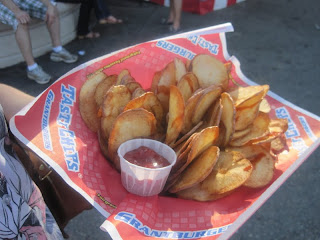 The fresh fried potato chips are good, and a good value.

The short-shorts exhibit is really good this year.

The counties exhibit is always my favorite. Usually some of the smallest counties put on the best show, which I appreciate. (Yuba is plainly an exception.)

Enough of thios extraneous commenting-I want to know more about "Our Family Pumpkin". what is the criteria for such a prestigious award?

Is that Ronald Reggae?

It is! He was everywhere! Becky didn't seem to believe me when I told her his name.

is this some meme I don't know about?

gabriel says yuba city is in sutter county and neither he nor the maxwells will accept any blame for the always shitty yuba county exhibit.