Burger Bugaloo on Saturday was super fun. It's so amazing what those SoCal Burger guys have created just through a love of music. They've created an entire scene and for some a way of life. My quibble was that the beer and booze was too expensive but I guess it led to me being sober to drive us home and also there not being a lot of drunk obnoxious people stumbling around. The bathroom line looked to be at least 30 minutes so we just kept trading off the Bananas all access pass to use the performer bathrooms. Here are some pics after the jump! 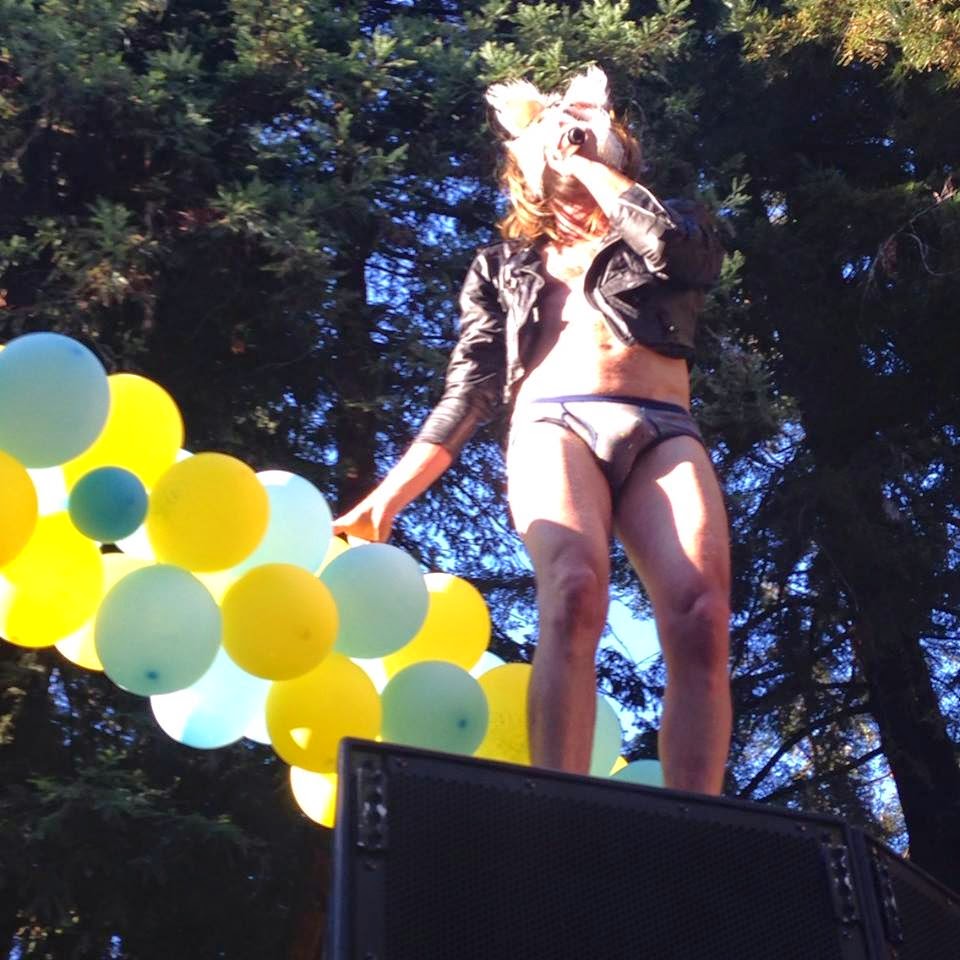 They are out of order. No Bunny played pretty late on the bill and brought it as always. Not to be vulgar but he has a semi in this picture. Hey if he is going to wiggle it in everyone's faces I can hardly fail to notice. The Bananas brought it as well. Their set was woefully short. 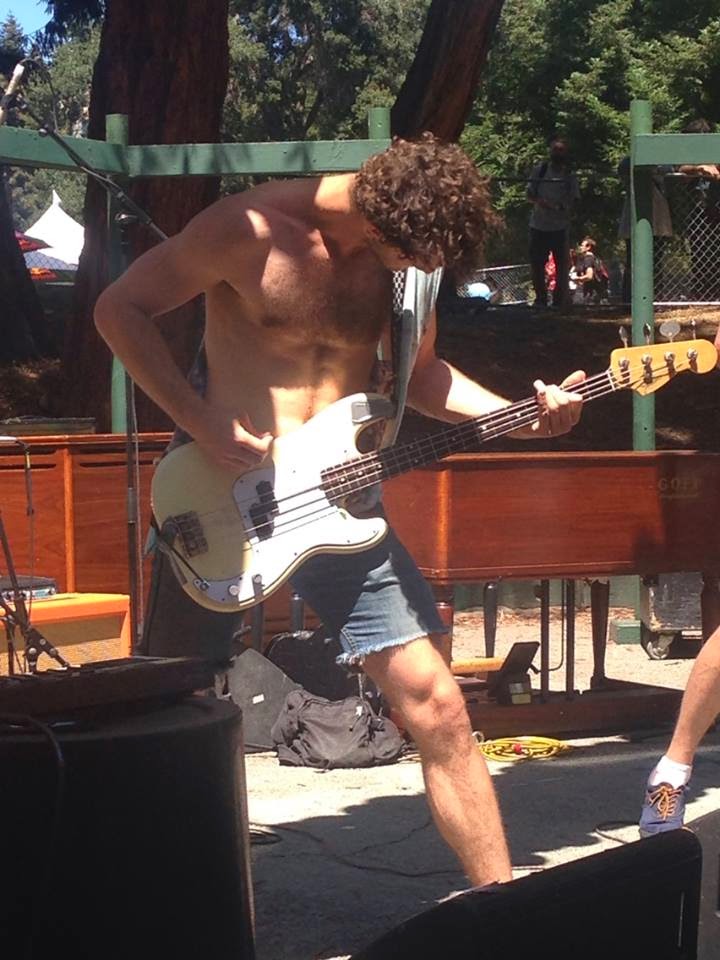 Trashies went early. This guy ripped his shirt off. 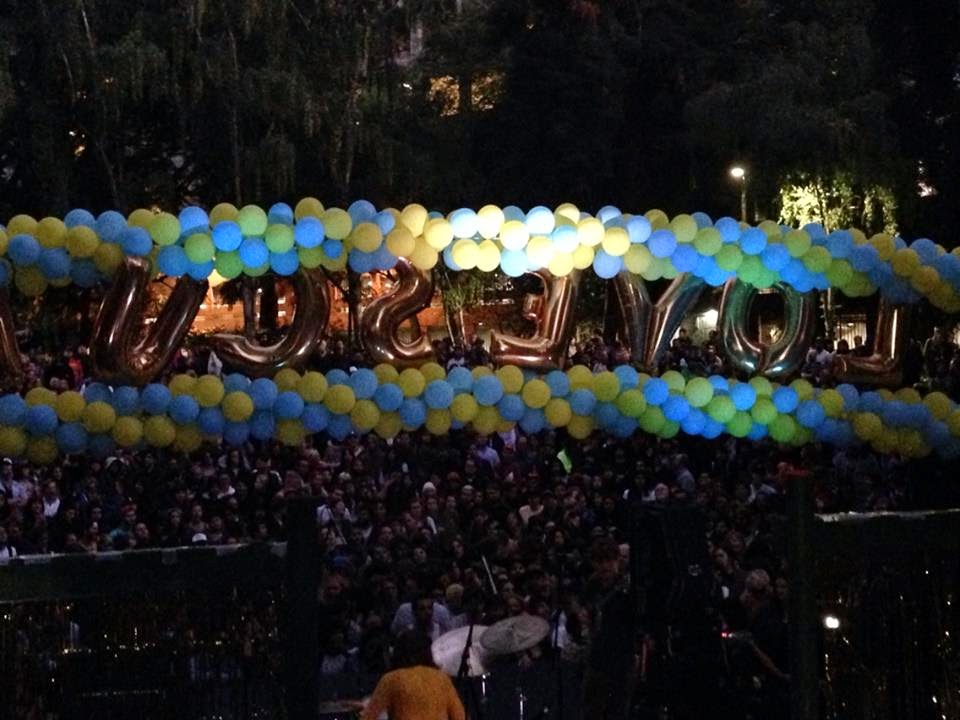 Now we are all the way at the end when I was watching the Oh Sees from behind the stage. People were going wild but it sounded pretty boring to me. I miss the lady singer. Now it's raging instead of eerie sounding. Also, they were last and I had festival fatigue. 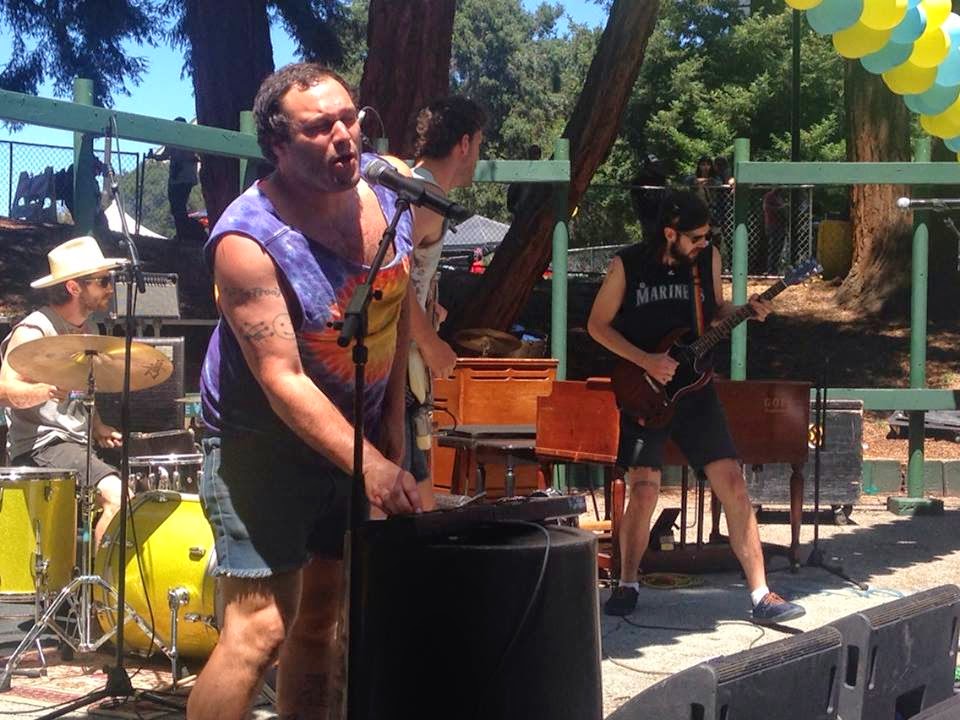 Trashies again. It's a funny touch that they always bring a trashcan to put the keyboard on. They also have tshirts with a fish carcass bone like you would find in the trash in a cartoon. 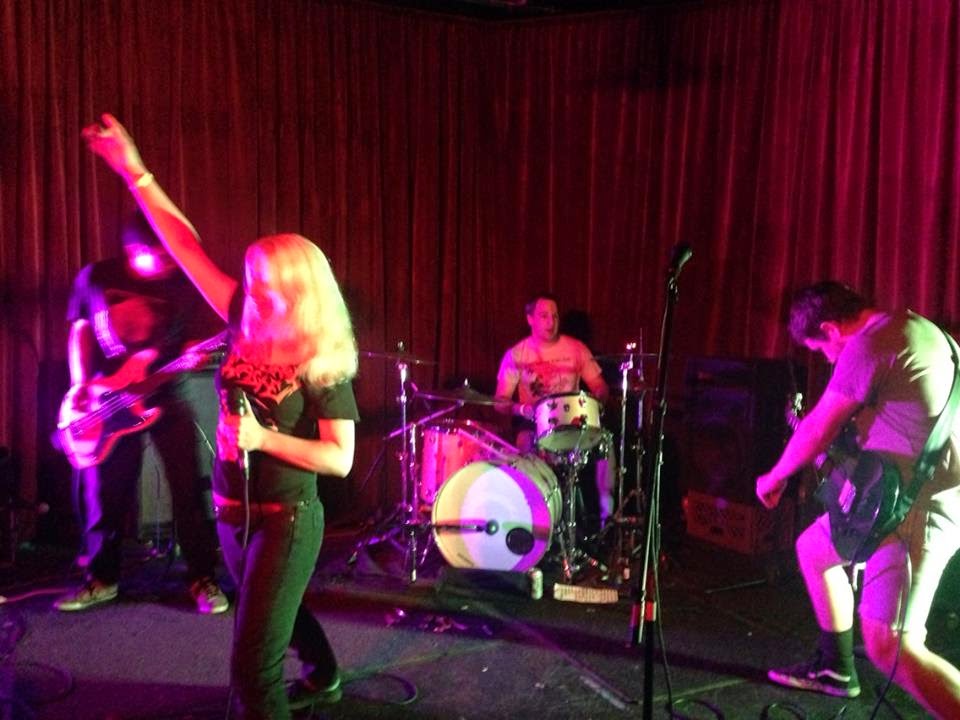 Jumping around here to the Rad show at Witch Room. I wish Rad had played the Bugaloo! 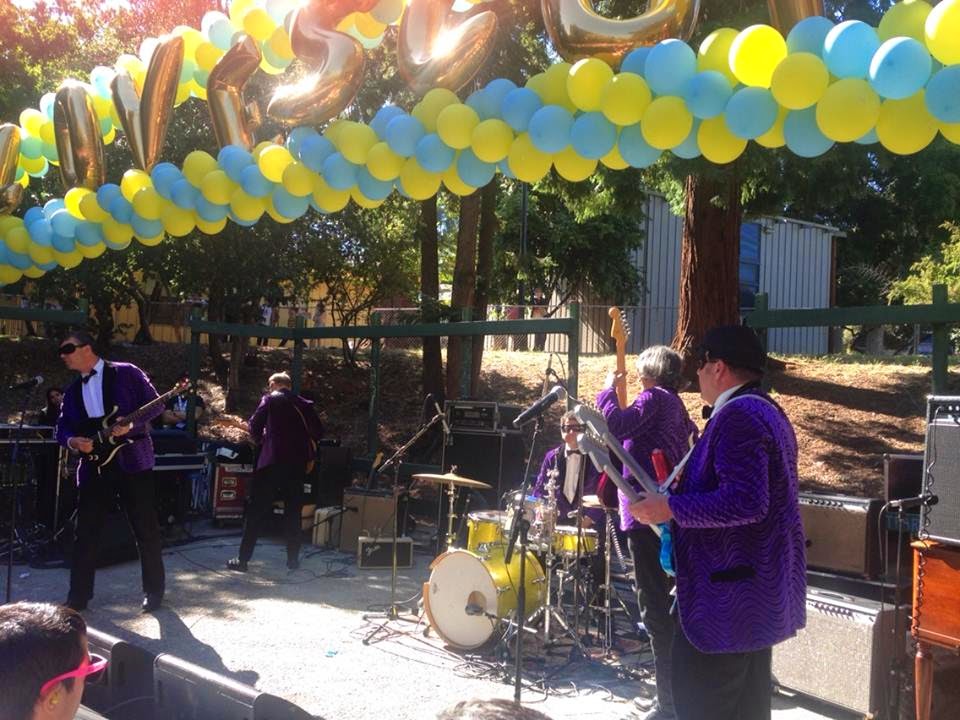 Phantom Surfers were so fun! I saw some really young kids (maybe late teens) buying a ton of  merch and had this mind blower: when most of us were born, surf rock was 10-15 years old. Phantom Surfers were the second wave of surf in the early 90s. Which means that the Surfers have been around about 10 years longer than surf music as a genre had when we were born! Shit like this is the trippiest thing about getting old. Those kids wouldn't even necessarily have to know that the Surfers didn't invent surf rock. 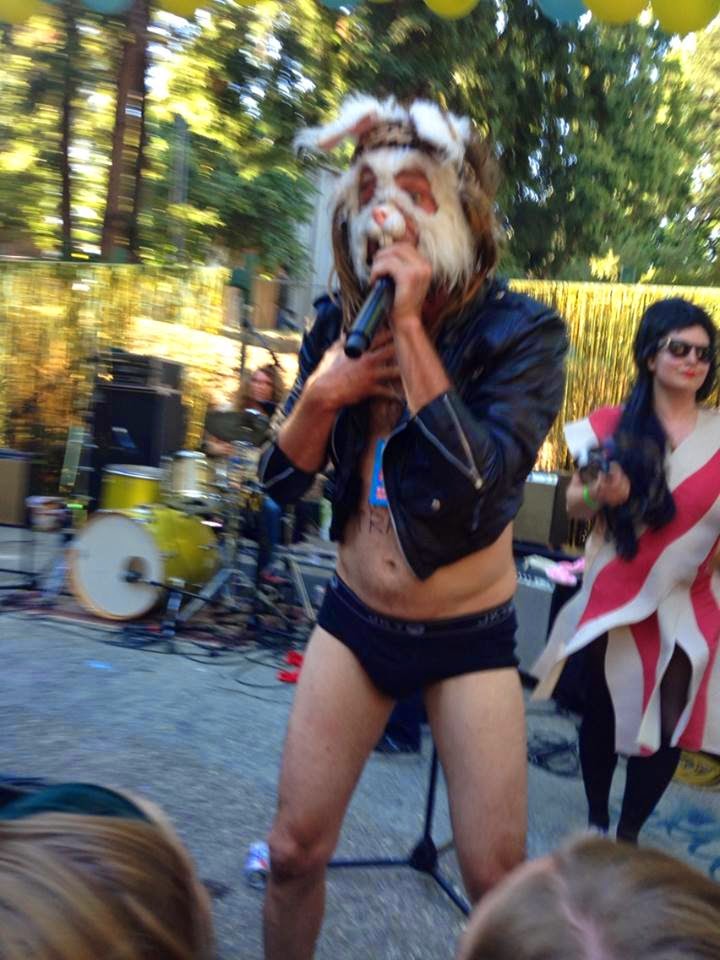 More No Bunny. This was before he peeled off his outer underwear to reveal his inner underwear. 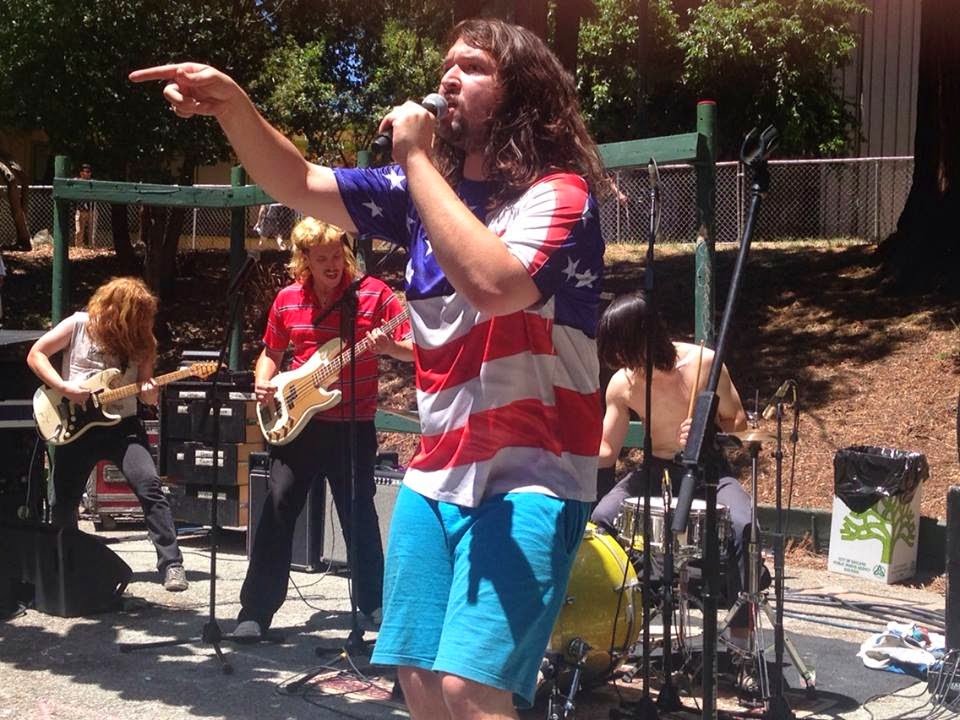 White Fang. This guy fronts the Memories as well. He is a great performer and the wave of BO emanating from this band was incredible.
Posted by beckler at 3:45 PM

the only show I know of is in LA. I can't go because I have a work conference, unfortunately.

Also: That bananas shirt is fantastic. Now I want there to be a bananas bikini

get yourself a yellow bikini! a one piece could work, too

UGH. can't believe we missed this... but nothing to do but kvetch.

And, the Phantom Surfers were second wave surf, but they actually started in the EIGHTIES. How's that for a mind blower? The nineties bands were the third wave of surf music revivalists.

You know I know they were second wave surf right? Yeah, their wiki said 88.

Yes, I was confirming second wave, but correcting to 80s and noting that nineties surf bands were the third wave.