Beer Week is over

SACRAMENTO, CA ---- After 7 days and more than 300 events, the inaugural Sacramento Beer Week has drawn to a close. Organizers, event hosts and participants are calling the week and unqualified success.

Executive Director Dan Scott states, “Sacramento Beer Week will be back next year. More important that that, businesses will be planning beer events and menu changes throughout 2010. This past week made people realize that Sacramento is a large and enthusiastic market that is eager for more and different experiences with beer. I attended events all week that were packed with people celebrating their great beer community, and I don’t think it is going away.”

Eben Weisberg, Craft Beer Manager of Saccani Distributing Company, helped several of his local accounts plan tastings of craft beer from around the world. He says “I firmly believe that the first annual Sacramento Beer Week was a success that far surpassed every one's expectations. The goal was to arrange in the area of 100 individual events. As it turns out, Sacramento put together in excess of not only 300 events, but over 300 quality events.”

“I think we underestimated the Sacramento region. It was our hope to both expose people to a broader range of beer and a wide range of beer experiences and we did what we set out to do. The eye-opener for me was that the region didn’t need more education, they needed the opportunity to exercise what they already knew and where desperately waiting for. Sacramento and its neighbors have lived in the shadow of the San Francisco, Seattle, Portland, and San Diego beer scenes, but no longer do.”

“From a business perspective, the events helped provide a strong shot in the arm of a sore economy by an industry that has not only remained firm throughout this period, but shown substantial gains throughout it. And even though this was a one week extravaganza for many happy and exhausted business owners, I think the long term positive effects have yet to be felt. Of the many of events I personally attended, most if not all left patrons and owners alike asking for more. Seeing the possibilities, sometimes for the first time, has opened the community’s eyes to the overall possibilities beyond the scope of just one specialty event. I know that the region is already planning more events in the near future to promote the joy that comes from imbibing one of life's finer things, craft beer.”

Peter Hoey, owner of Sacramento’s newest brewery Odonata Beer, paired his beer with some of the area’s chefs including at The Grange, The Chef’s Table and Pangaea Café with guest chef Christopher David-Murai. Hoey says, “Sacramento Beer Week really brought the community's focus on to beer and specifically local breweries like mine. Odonata is a new company and we are glad we could participate in so many events and introduce ourselves to so many local beer fans.”

Glynn Phillips, owner of Rubicon Brewing Company, reports record breaking sales at his business. Rubicon featured beer and food specials all week and hosted a number of California guest breweries including Moylan’s, Marin Brewing and Stone Brewing. He adds, “Sacramento Beer Week was a great way to promote awareness of the craft brewing industry in our community. The Rubicon is committed to serving the very best beer we can make or acquire, and there is nothing we enjoy more than sharing our beer and that of industry friends with novice and seasoned beer enthusiasts alike. We are grateful to our patrons for their rousing participation and say ‘cheers’ to everyone who enjoyed a beer during Sacramento Beer Week.”

Tim Jordan, part of the team from Old Soul that recently acquired The Weatherstone in Midtown, paired local craft beers with appetizers all week and was a stop for more than 75 cyclists during a Saturday pub crawl organized by Two Rivers Cider. He states “Old Soul at The Weatherstone had a tremendous February, in part due to the Sacramento Beer Week event.”

Chadd McNicholas, Organizer of online Meet-up group The Sacramento Hopheads, attended events throughout the week. “Sacramento Beer Week was a great time with great people and an awesome selection of beer. Business owners I spoke to said they did great business all week. In one week, we had dozens of new members join The Hopheads and our hit rate on our website tripled.”

Here is my meager allotment of beer week photos: 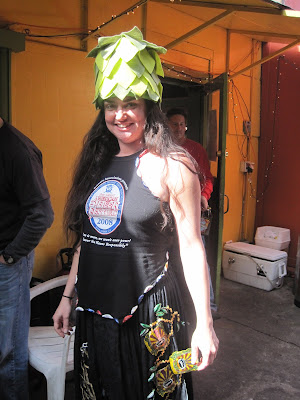 opening night at the Colonial 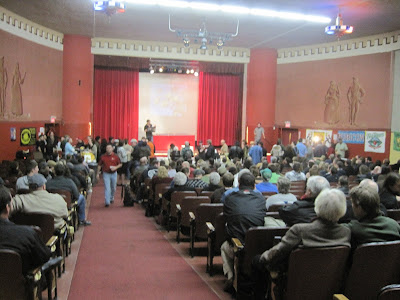 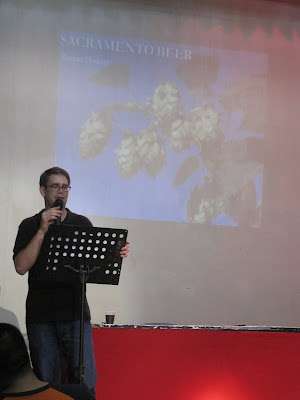 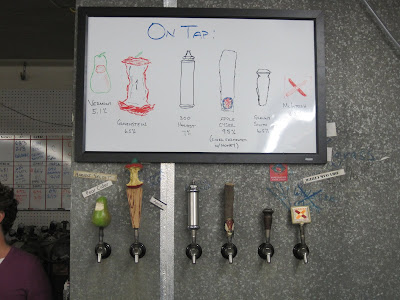 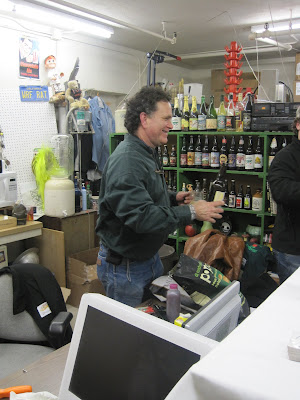 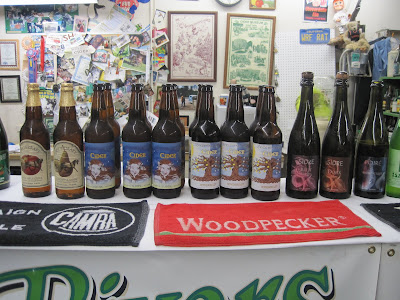 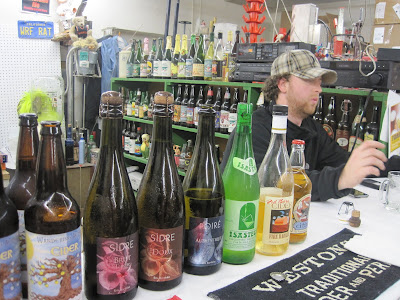 So Two Rivers cider opened a tasting room? Were they pouring that other stuff too? The Isastegi and Bordelet ciders?

1)Nope, not a tasting room. On occasion, Vince opens up the place for a party.
2) Yes, they were also pouring other ciders. I wonder if they do this to be able to show off how much better their cider is than the worldwide competition.
3) I must have left 2Rivers seconds before that picture was taken, I opened those. :)

yeah, I made a beeline for those euro ciders! I tried to get people interested in the Isastegi but they weren't havin it! It's so cool tasting.