I haven't been posting.  Here's a long picture post. Enjoy? 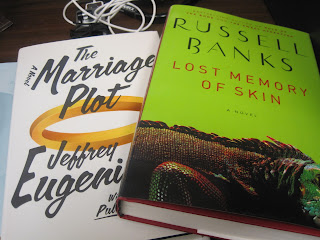 I never buy new books but buying these made me stoked.  Started the Russell Banks, not crazy about it. 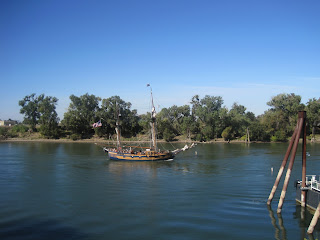 The other day this old-timey ship was crusiing by Old Sac.  It looked cool.

Scott and I decided to blow off Halloween and go to the Biggest Little City in the World, otherwise known as the Nevada Riviera aka Reno.  Bunch of pictures after the jump 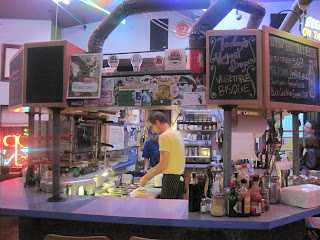 After a semi-harrowing drive due to lots of construction, we went straight to the Pneumatic Diner.  This is an old-school, hippy-ish vegetarian diner.  I like it.  It's a little bit like, oh I don't know, maybe Marshall Grounds? Or Sunflower I guess.  Sac doesn't currently have any places like this, but I wish it did.  It's not gourmet or trendy. 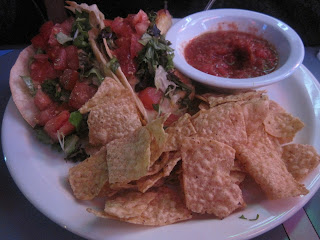 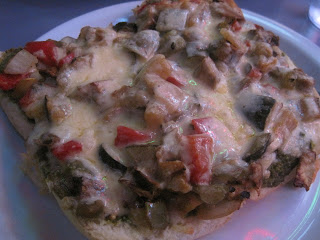 ratatouille baguette with pesto.  kind of like a Stouffer's french bread pizza. 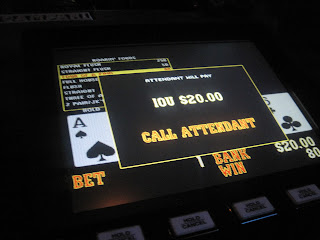 Man, once again I wish I had taken way more pictures.  There's a bar called Chapel Tavern in Reno that I fucking love!  Next-level cocktails and an amazing craft beer selection.  We went there both nights.  I won twenty bucks one night. 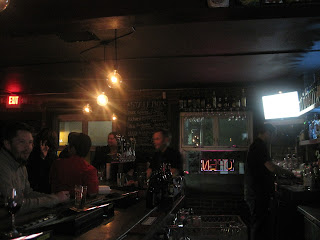 Here's the interior.  It's small and comfortable.  One of the nights I tried a cocktail with a shrub, which is a trendy cocktail mixer made with vinegar, fruit, and sugar.  The cocktail I had had gin, blackberry shrub, oloroso sherry, and honey.  I can't say enough.  One night in lieu of a dessert I had a cocktail with bourbon, pumpkin butter, cream, and nutmeg.  The bartenders also made me a "Chapel negroni" with aperol and a sazerac.  Always end the night with a sazerac (jk). Unbelievable draft beer selection, too. 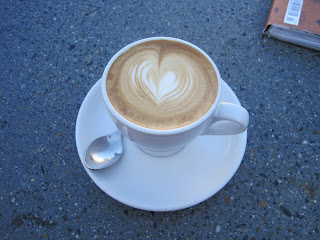 They also have a really good (albeit tiny) coffee shop called The Hub.  We met one of the owners and he's super familiar with the Sac coffee scene and up on the Temple/Broadacre situation/gossip. 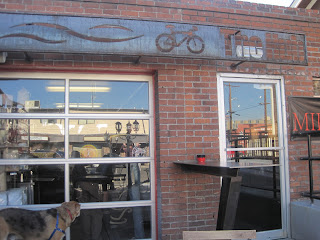 Here's the outside view.  They're really into bikes.  I don't really get the bike/coffee connection, but it's strong. 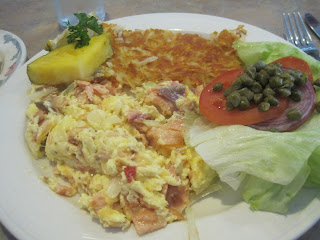 Breakfast at Peg's Glorified Ham N' Eggs.  This is a lox scramble that had so much salmon in it.  Really fishy. 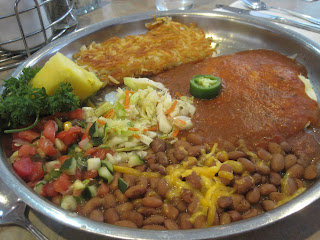 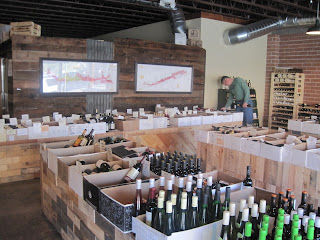 Reno also boasts a wonderful new wine and beer shop, with a few taps. It's called Craft Beer & Wine. It's run by a dude, Ty, that used to be a partner in Cepage distributors.  Small, very interesting selection, heavy on the French and Basque wines (because of Reno's large population of Basque immigrants).  Big cooler full of craft beer. 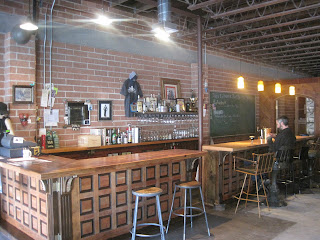 You can open a bottle of wine inside and drink it, no corkage!  The prices at the store in general are soooo low. 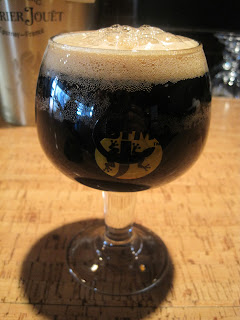 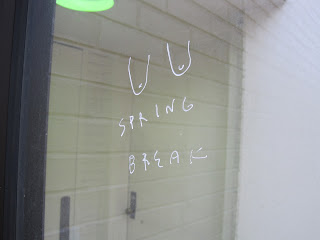 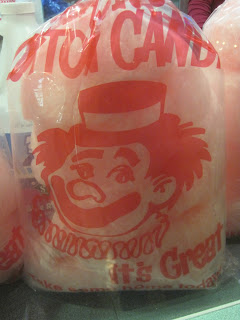 This picture is for Matt, who probably won't see it.  We stayed at Circus Circus, of course. 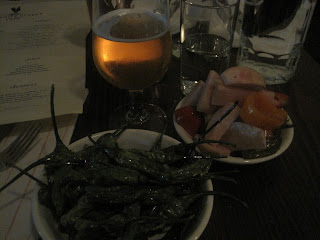 Time for more yuppie food?  Foodie food?  Good food?  This is from a restaurant called Old Granite Street   Eatery.  Snacks of fried shishito peppers (I love these, and the occasional fiery hot one makes it a very exciting snack) and housemade pickled veggies, including turnips. 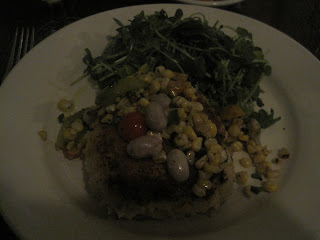 This is a salad with a giant crabcake, sweetcorn succotash, and a pea shoot salad.  This was a creative use of peashoots and was delicious.  I am planning on adding some to a salad soon. 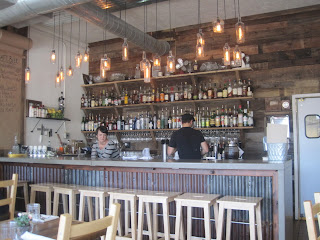 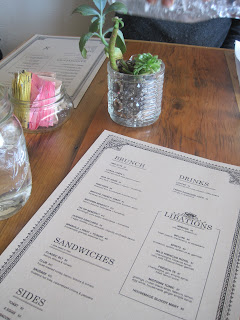 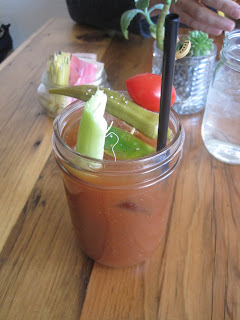 Bloody Mary, too sweet for my tastes. 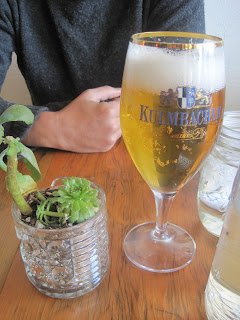 Kulmbacher pilsner, in the correct glass. 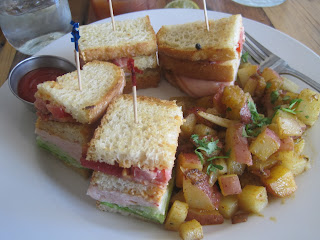 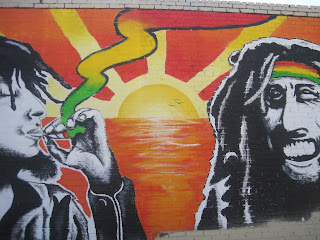 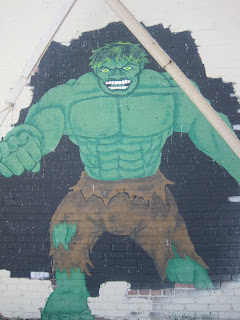 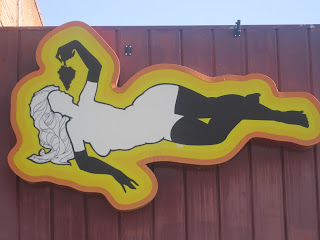 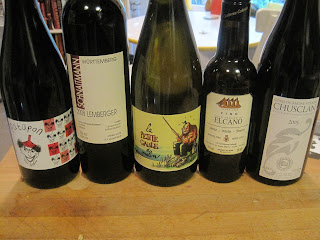 Here's the wine I bought at Craft.  I wish I was drinking it right now.
Posted by beckler at 10:02 AM

Ah my old neighborhood! And let me guess, you met Chris Carnel? The place I miss the most around there is Sup, which makes the best soup in the world.

Skip to the Marriage Plot, I'm really enjoying it.
jamattack!

I don't know why I so seldom make that 2-hr drive. And this is the best time of year for it!

I rarely get to listen to Fresh Air, but i did happen to hear eugenides talking about the marriage plot the other day. I'll have to give the book 30 pages before I make a definitive pronouncement on it, but just listening to the author read a passage wherein a young couple read from A Lover's Discourse in place pillow talk made me cringe a little. That sounds about as appealing as masturbating to the cliff notes of Discipline and Punish. The very concept of the book just reeks of Whit Stillman doing White Noise. How can that be a good thing? I know. You can't judge a book by its Terry Gross interview...but still.
--knowcebo

I did not meet Chris Carnel. But I walked past Sup a bunch of times and enjoyed pronouncing it like "wassup" if that makes sense. Listening to the fresh air before you read the book is a total spoiler. I'm trying to not find out anything about the book before I read, just like I do with movies.