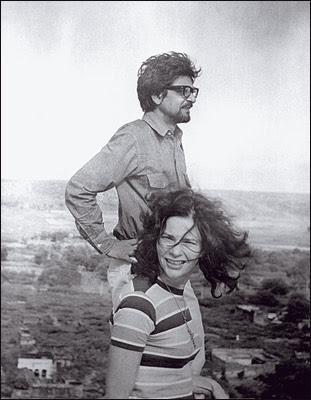 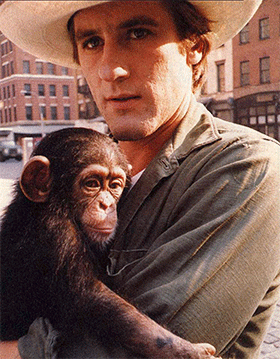 Don't you feel like the collapse of the financial system and our current economic crisis should signal that the public isn't going to swallow shock doctrine shit like this anymore?  Remember when all those loft and condo proponents were ridiculing anyone who was standing in their way locally by bringing out fake statistics about how many new residents were going to come flooding into the city?  I'm glad the downtown arena plan seems off the table.  I don't want them to fuck up the state fair.  I think the state fair would do fine, especially in the recession, if they would just offer some better deals for families to get in, and some food bargains.  A whole new fairground is not the answer.  People like the low-tech shit, like the bunnies, they don't need flashy new buildings.
Tyvek show tonight! It will sell out, so don't show up at 9:30 or ten and think you're getting in.
Question: can someone direct me to a website where I can buy simple, black, ballet flats?  I don't want any bows or buttons or bird appliques or any of that shit.  And jcrew and banana republic don't have them.
Question: have you read any V.S. Naipaul?  I read a short novel from the 80s called "The Suffrage of Elvira" and I loved it, with the caveat that he has some pretty racially questionable shit in there, but he's known for that.
Question: have you seen Jean de Florette?  I never thought that I could ever find Gerard Depardieu cute, but he was!  Classic tearjerker.  Saddest thing to happen to rabbits since Watership Down.
I'm going to feel stupid if no one answers any of these questions.
Posted by beckler at 8:55 AM

I call bullshit on the track being town down.

question one: Zappos has some.
question two: No
Question three: Sad bunny stuff, no thnaks.

yeah I answered them, not too interestingly but answered.

If you haven't already, you'll need to watch Manon des Sources as well. It's not as good as the first film, but it's good.

There are good black flats at Nordstrom Rack right now.

zappos does not have the right flats. they all have shit on them, at least that i could find.

yeah, I havent' gotten to manon of the spring yet, but I will

i'll try to get to nordstrom rack.

Have you looked on piperlime.com? They may have some flats you like. I saw some pretty plain ones at Target yesterday, but they had a pointed toe.

www.shopstyle.com has like 70 different styles in all different price ranges.

I think I gushed all over DB's blog about Marcel Pagnol. I just love his storytelling. I haven't seen jean de Florette in years. I wonder if they still have that copy of "Fanny" starring Leslie Caron on VHS at Beers. I should get it. She is wearing the most amazing shoes. And that people, is how you bring it full circle.

I haven't read Naipaul, but I am a fan of Indian lit in general. Narayan is my favorite.

I just saw a girl in the elevator with totally plain black leather flats. $40 at Aldo's in the mall.

I don't know if Tyvek's gonna sell out, but I know that Linda from the Fungarden has told me that she's taken a lot more phonecalls asking about this show than usual. I'm excited that this show will redeem us after that rather disappointing UC Davis Coffeehouse show that felt like a part ghosttown. Even with the strange, ultra-sober atmosphere in there, Tyvek did manage to be self-starters to bring their own fun. It would be great if there was a crowd there ready to party with them.

"Frustration Rock" was left off the setlist, so if you wanna hear it, I suggest rallying for an encore. They'll do it, I'm sure.

Heath is in the band for this leg of tour only. It was a surprise to see him walk through the door. The rest of the band had to kidnap him.

So Foster, Rick tells me Tyvek did indeed have those tapes in Davis! I should've specified that they weren't reel-to-reel tapes.

I read "The Enigma of Arrival" a long time ago (right before college, 1988 maybe?). I have to admit I don't remember much, which is a comment in and of itself. I was obsessed (still am) with the idea of place, being removed from a place with which one identifies, and the perception of place. As those were the themes in the book, it appealed to me at the time.

The one I read was set in Trinidad, so that was really interesting. It was about the first local election and how each different ethnic group wants to influence it.

what! The told me they only had wire recordings and piano rolls. I'm digging 'Honda' on my player piano right now-- sweet!

1. Nope
2. I really enjoyed A House for Mr. Biswas but I haven't read any of his morn modern works.
3. Nope

I found a pair on urban outfitters, hopefully they won't look excruciatingly cheap when they get here. they have a bow on the front, but it's a grosgrain ribbon so i like it

Here's a quote from one of the bee comments to the article you linked:

"Here is my point, if we Californians/Sacramentens can blow or waist our tax money, and a lot of it I might add, on some fake man made global warming environmental projects, then we can spend an extra 40cents(per tax payer) to fund a much needed NBA arena!!"

I think this comment pushed me a little bit towards your position of scraping bee's the comment section.

I just pray that this guy was waisted when he wrote that.

I always liked Capezios ballet flat shoes (ones for walking, not dancing). Though it's been years since I set foot in their Sacramento store.

Don't know much about Naipul beyond being Trinidadian and his feud with Paul Theroux. But having lived in the Caribbean, the whole history of slavery, colonialism and migration in the region means there's a pretty intense (and sometimes not very comfortable for us politically correct Californians) dialogue about issues of race and social class. Although the funny thing is that Junot Diaz gave shout outs to every other major writer from the region (especially Patrick Chamoiseau), Naipaul gets no love.

patrick chamoiseau? never heard of him, i'll have to check him out.

Ah sorry - I was trying to stay awake at 2 day work retreat, hence deciding to comment. It's the same person who says nice stuff about Miz Gustafson and who was in Venezuela when Hugo Chavez was in prison.

Chamoiseau's stuff isn't frequently translated into English, but worth checking out. Texaco is his masterpiece and timely considering the current (and not covered in the US media), economic and racial unrest in Guadeloupe. I would've loved Oscar Wao regardless, but my crush on Junot Diaz went up 100 times more because of his shout outs to Chamoiseau and Gilbert Hernandez.

i started out with manon on friday night, but then i conked out, but not before i saw emmanuel beart naked. boing!