I'll have some Four Eyes video in a bit. I'm not one to say that clowns are creepy, but this clown is creepy. This is the hobo clown that rides the BMX bike around Old Sac. Conwad used to think that his makeup was tattooed on. 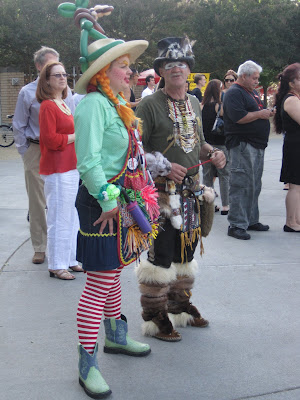 Old West hobo clown from the back. 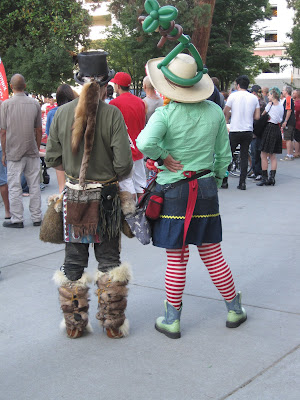 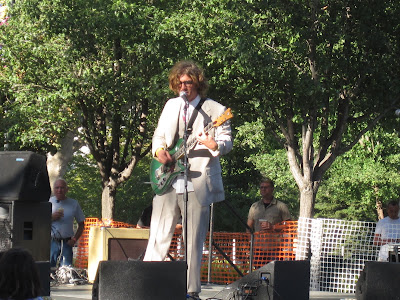 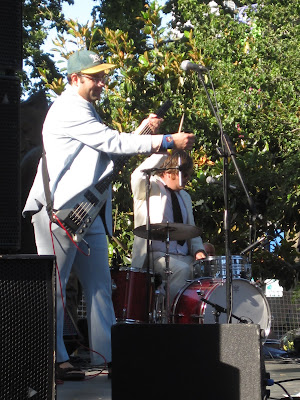 I was surprised to see how apeshit people will go over some free balloons. 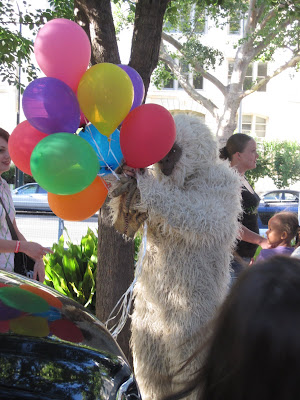 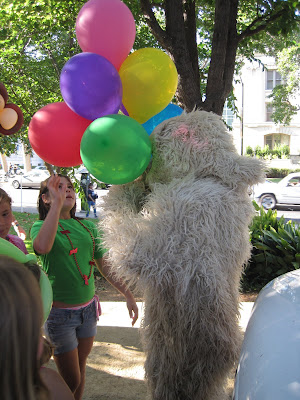 I went on kind of an epic Hmong cooking spree yesterday and it was so easy and fun. First up: papaya salad. You need one of those tools with the green handle for shredding. Get one at SF Supermarket. 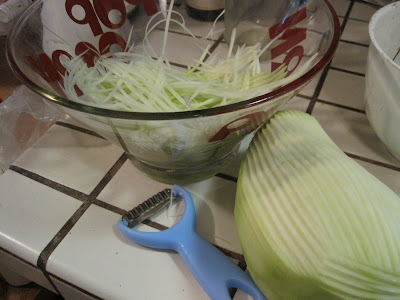 One small-ish papaya makes a lot of papaya salad. That's good to remember because green papayas are not that cheap. 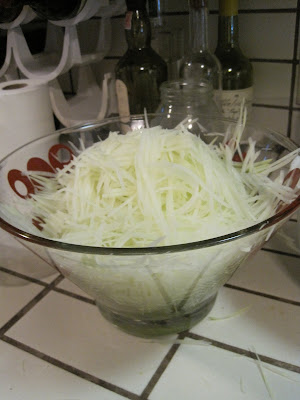 I bought a new mortar and pestle because the only other one I have is a tiny spice one. 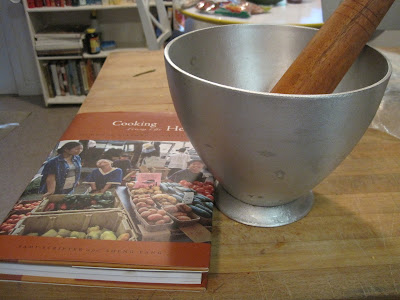 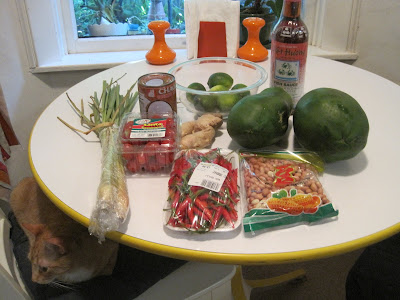 This is a chili condiment that is like the ketchup of the Hmong. The cookbook says they just call it "pepper". It's cilantro, Thai chilies, sugar, MSG, fish sauce, and green onion. 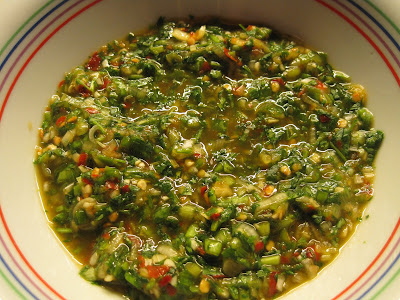 It is addictive stuff. 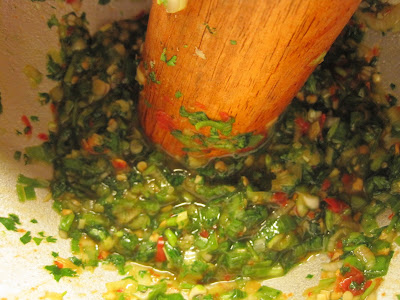 Here's the finished papaya salad with cherry tomatoes. You can also add raw greenbean or Thai eggplant chunks. It's so healthy and delicious. Full of fiber and vitamins. 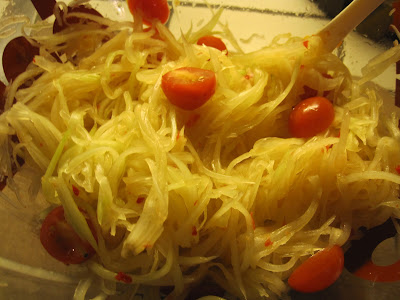 I also stuffed a chicken with ground pork, herbs, and peanuts and basted it in coconut milk. This recipe was in Cooking From The Heart. Why no picture? Because I left the feet and head on the chicken. Really just because I knew I would mangle it trying to remove them. It was not a pretty dish but was very tasty. The coconut milk and pork made it super rich so I could only eat a small portion and have lots of leftovers for tonight.
Posted by beckler at 9:23 AM

I just got Cooking From the Heart myself, and I'm looking forward to trying this!

Did you see this?
http://sacramentopress.com/headline/30678/Concerts_in_the_Park

The things you people miss by not working all weekend.
g