Where the Little Sur meets the sea

I went to the Woodsist fest this weekend in Big Sur at the Henry Miller library. The Mantles ruled, we missed the Art Museums, The Fresh and Only's were really good, Kurt Vile was good and Eat Skull Skip Spence'd it up. Some of the other bands were not so great and the energy of the show overall was really low. The crowd in attendance decidedly did not know how to party. They were playing at dressing like hippies, but were very subdued. What is a hippy fest with no hippy dancing? What is the sound of one hippy dancing? If a dancing hippy falls in the forest and no one is around, did it even happen? 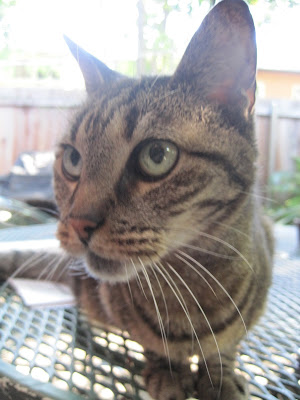 I made ice cream the other day. Two kinds: chocolate and coffee. I'll print the recipes soon. They are both from Joy of Cooking and they are both the bomb. The coffee ice cream has a strong coffee flavor. Here's the chocolate base, in your face. 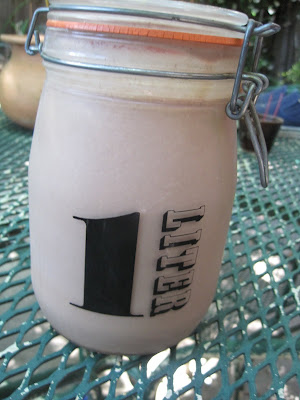 Here's my ice cream maker that I got at Sun Thrift. 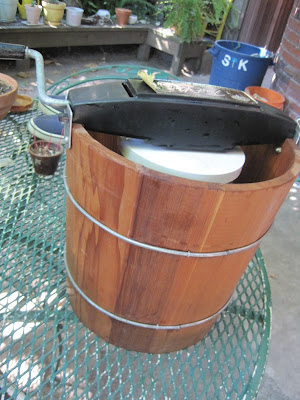 It's good to be Frost King. 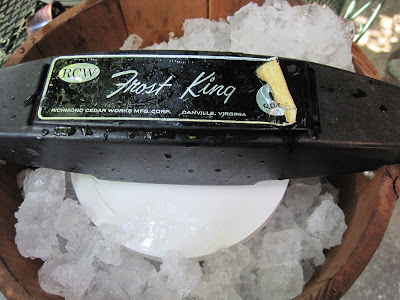 Here's the chocolate ice cream. Maybe a bit too soft but my arm was tired! 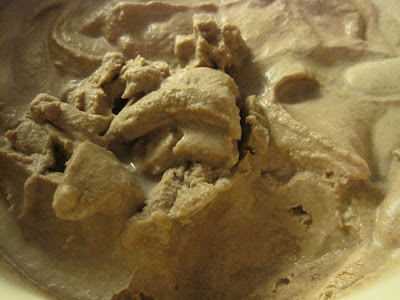 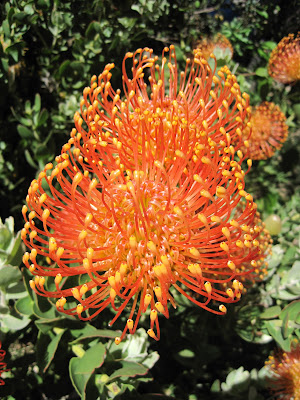 These flowers were at Big Sur Bakery. 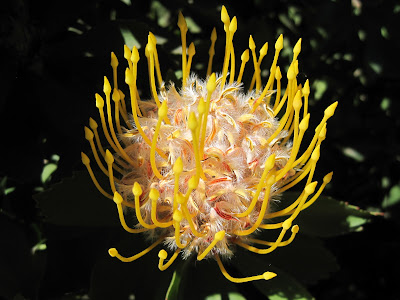 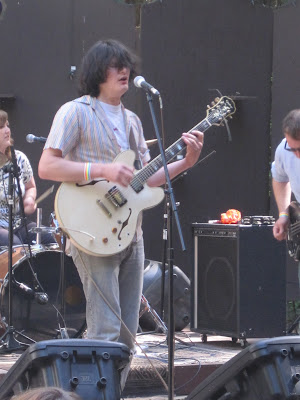 Now these hippies knew how to party. With salami. 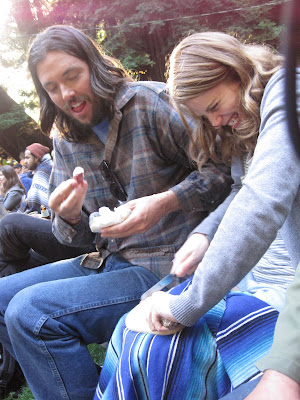 Kurt Vile and his pretty, pretty hair. He should get a sponsorship deal with Pantene. 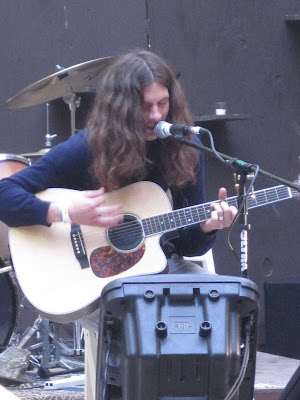 Breakfast at Cafe Kevah, the place that is next to Nepenthe. It was quite a scene there in the morning, with all the fake hippies from the night before showing up and pretending that they had partied really hard. 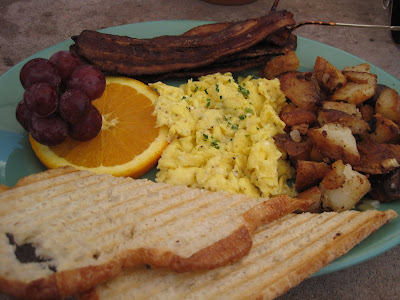 Then we went to Andrew Molera state park and unbeknownst to me, found another spot in Big Sur that takes shit to the next level. How many spots like that can one place have? It's like a 20 minute walk to the beach through terrain like this: 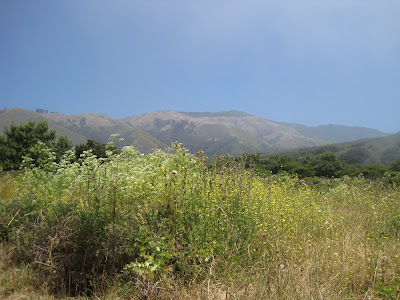 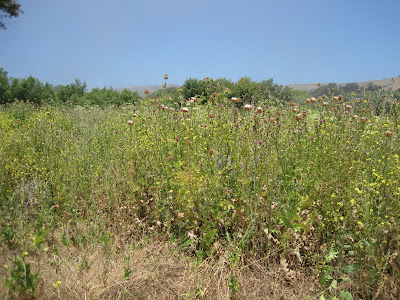 Even though it was a warm day, the beach was hella misty. Andrew Molera beach has all these sturdy driftwood shacks everywhere. If you are lucky you can lay claim to a shack and chill there. 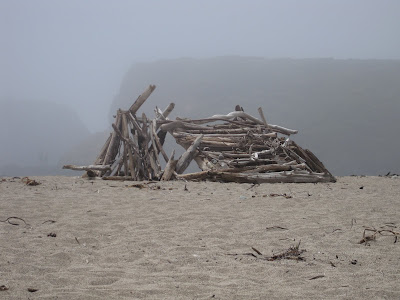 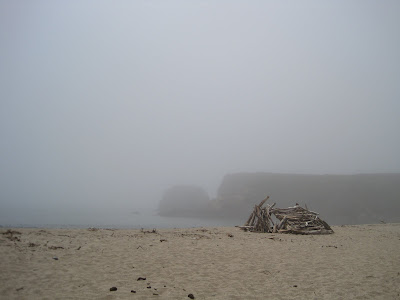 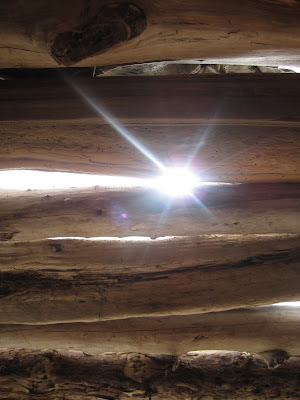 The Little Sur River meets the ocean at this beach and even though it was cold I just had to swim in it. I couldn't not swim in it, even though there were scary blue crawdads. 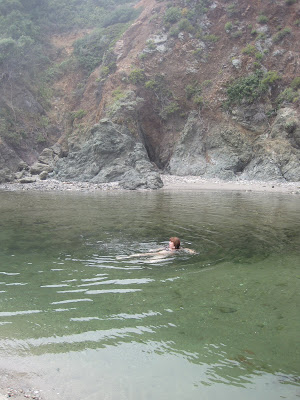 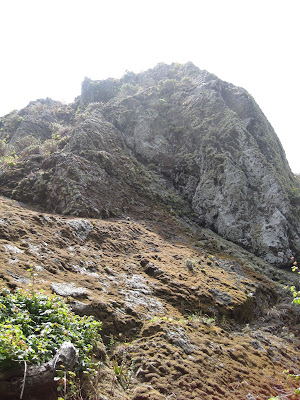 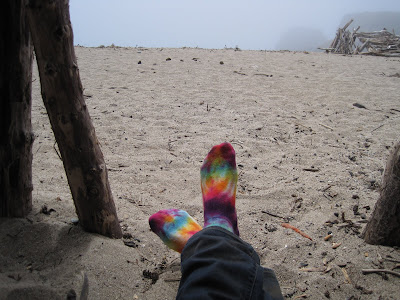 I think those flowers are Protea. Pretty!

Nice shack zone!! Were there windchimes in any of them? There should be.

Remember yesterday when I told you that the first thing I would buy if I were rich was some huge-ass wind chimes??

When we went to the beach on Satuday for Bunchy's birthday, something kinda magical happened. I was kicking it for hours when I looked and saw a beer can washing up on the deserted beach. I went over to pick up the trash - when I discovered it was a full, ice cold brew! Sea Brew! I drank it.
-ec

Kinda like when Vann came to my birthday party and found a packed pipe buried in the sand!
-mr

I feel like that 'full brew washing up on the beach' scenario was supposed to happen to me. Why didn't it happen to me?? What am I doing wrong?

Maybe you'll get a sea brew when you take Babs to the beach for her birthday.

Like I'd take that wild child to the beach! She'd just sit there with a puffed up tail hissing at the waves.

How do you know what Mountain Girl wants, OMF? You could never understand.

BTW, taco bar today. I almost cried. Everyone kept saying, "They're pretty good" and I was all like, "no. no."