Hello people who still check this blog (aka Scott Miller). How's it going?  Are you "glad" to be back to work?  Thanksgiving photo post after the jump 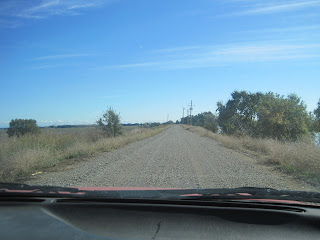 The Delta is very pretty this time of year.  When was the last time you explored around there? 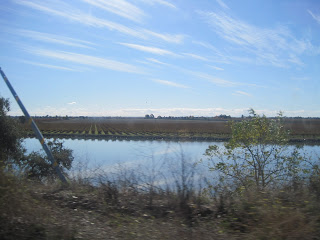 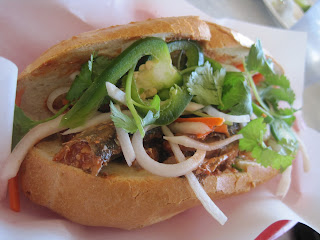 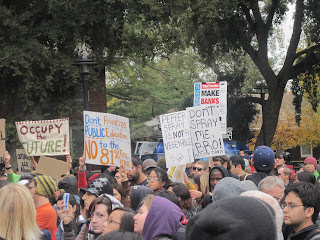 Don't spray me bro.  UCD rally last week.  There's a boycott of classes today, but my union didn't send out any emails about striking, so they must have decided not to.  It's kind of a dumb day for a boycott, right after the holiday.  And I think mid-terms are going on. 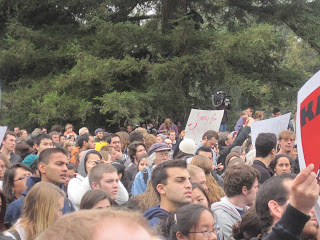 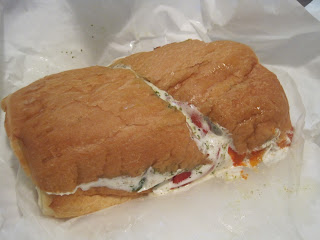 That looks like ranch or something, but it's the bergamasco sandwich from Corti bros, so that's melted mozzarella with pesto.   It was fucking good!! 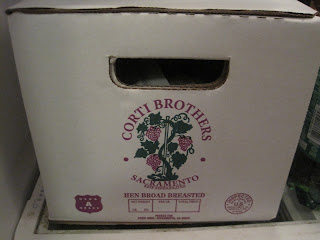 Corti Bros turkey.  Picking up that turkey and having the guy look up my name on the list and go get it in the back was probably the most Old School Sac thing I've ever done. 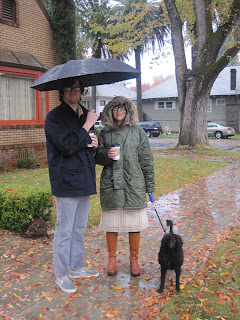 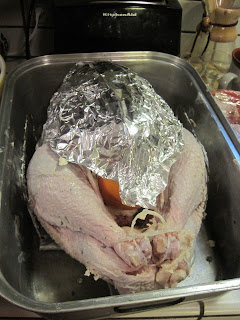 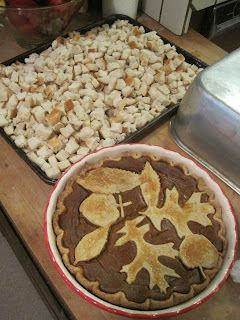 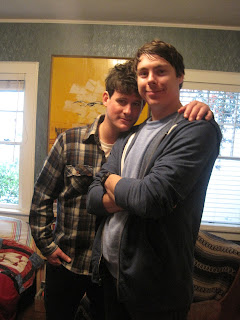 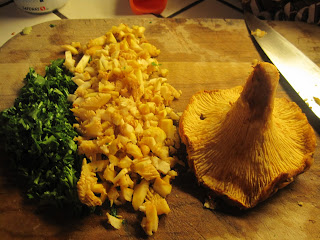 My boss gave me hella foraged chanterelles! I would say woot except that I would never say woot. 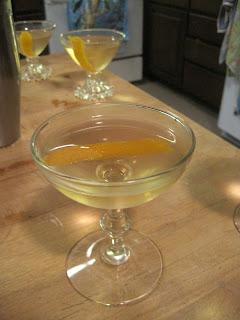 This is a bamboo cocktail: sherry, vermouth, orange bitters. 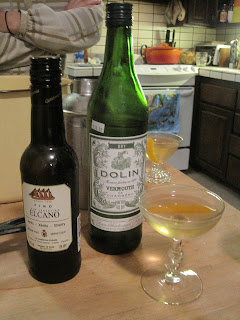 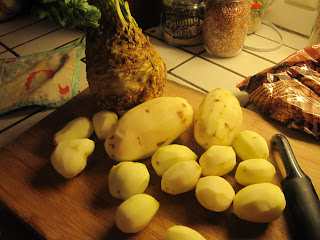 Have you ever thrown celery root in with your potato mash?  I highly recommend it. 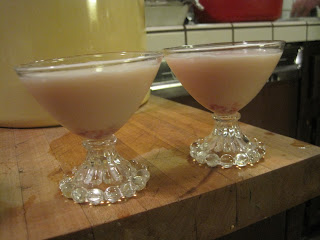 This is a cocktail WB invented called pink smoke.  One of my favorite things I've ever dranken.  Yes, I know that is bad grammar: very smoky mezcal, spicy cranberry chutney, egg white, half and half and smiller's backwash.  That's the secret ingredient. 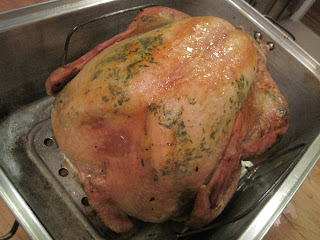 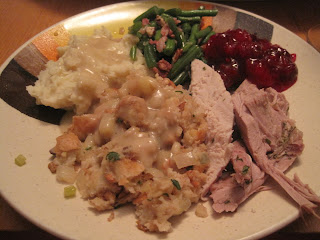 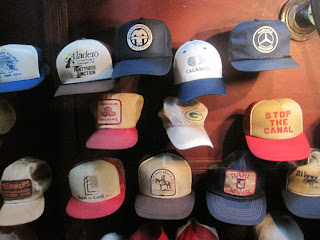 Finally tried Guistis!  It is great. 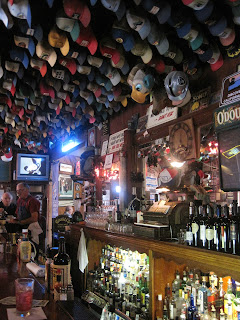 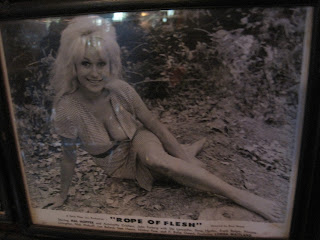 Promotional material from Mudhoney, which was filmed nearby.  At the time it was called "Rope of Flesh" 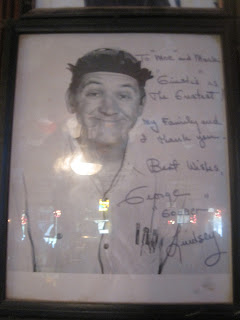 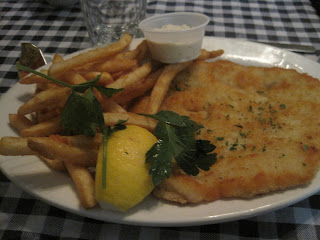 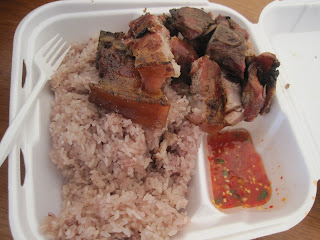 I didn't take as many pictures at the Hmong New Year this year.  This is the pork rib and sticky rice plate. 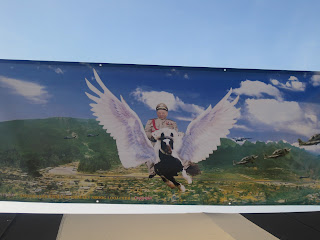 General Vang Pao died, so the new thing is this image of him on a pegasus.  Please make one of these for me after I die.
Posted by beckler at 10:25 AM

Makes you think George Lindsay kept a suitcase full of Goober photos in the trunk of his car wherever he went.

Is it gross I thought Goober was cute when I was a kid?

Glad to see others get to Guisti's!! I grew up there and need to get back soon.

My Thanksgiving involved going to Nation's Giant Hamburgers' new location in Citrus Heights to get some pumpkin pie, only to discover they'd sold out. Thanks for posting pics. I feel like I had a Thanksgiving vicariously through you.

I still can't believe you didn't like Duc Huong at least as much as Huong Lan.

Is it okay to wear those "trucker hats" again? I still never understood how or why eBay sellers would include "emo" in the tagline to sell those some years ago. I've been looking to un-retire my favorite which was inexplicably adorned "FAULTBUSTER".

I've only heard of a few UC Davis students who are not down with the recent student movement. One comes from a yacht-owning family from Newport Beach. Forget the 1-percenters. This kid's easily a 0.1-percenter. But also...one student I know said her roommate was really upset about its effect on her studying. She said "I guess all the students from China are really pissed about it."

Just jumped "See Miller Drive" on my before I die Sac list.

Perhaps I can someday combine the two.

I love it. Covered many of my favorite topics!

My favorite post yet. This is all hecka Sac' (or at least hecka SacramentoMetropolitanCombinedStatisticalArea)

Just got back from Versailles and I have an awesome picture of a mushroom stand at the weekly market to show you. Just as soon as I unpack and find my camera. Our thanksgiving day diner was a mushroom tort, almond green beans, and a cinamon squash.
jamattack!

Don't worry,I was just thinking that on my way back from Versailles.
Is it just me, or does that sound cooler than 'just back from Paris'? I'm thinking Paris is a little played out.
I also ate a delicious steak tartare while I was there. mmmm.
jamattack!