I saw this lady in McKinley park, heading to the pool. Isn't she rad?  P.S., I've been tweeting fairly regularly, so I'm linking it at right. 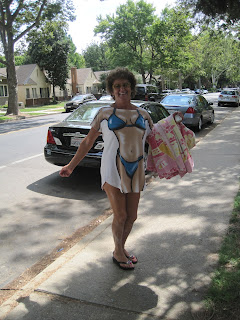 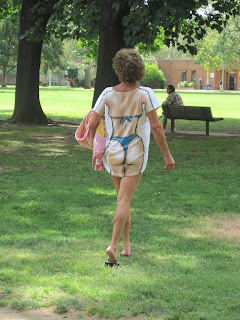 Back view.  More after the jump

Ok, so as some of you may know, Sunday was Jerry Day.  It was the 10th annual Jerry Day, and Jerry would have been turning 70 if he didn't go out like a chump.  Seriously, dude, becoming a junkie in middle age? That's just stupid. 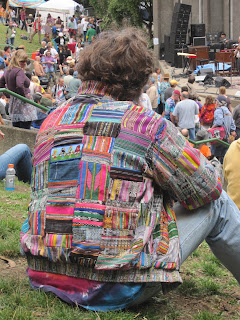 I would wear this jacket. 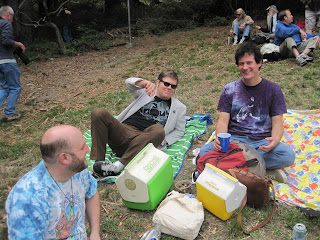 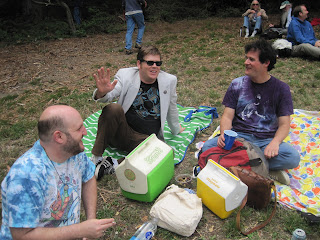 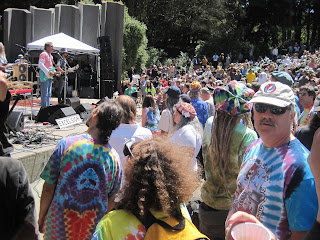 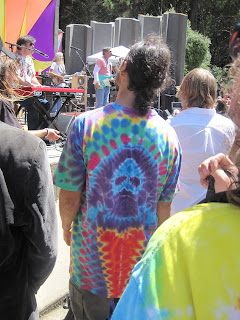 Look at this tripped out tie dye 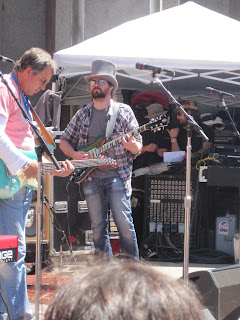 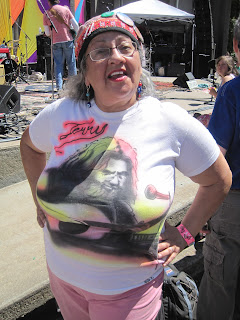 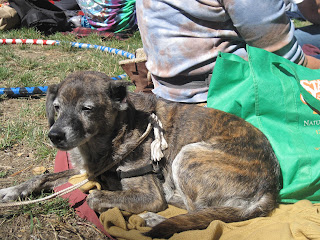 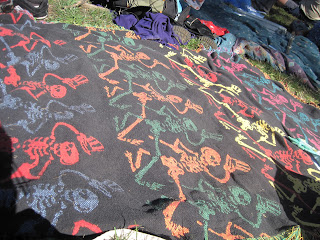 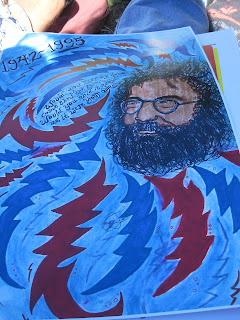 we bought some good bootleg art 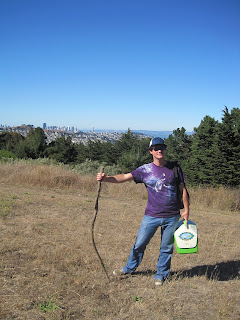 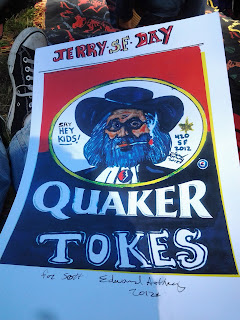 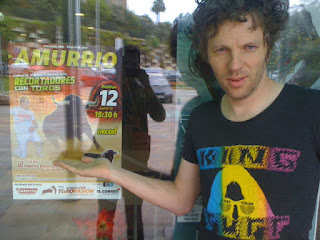 so a funny story about this King Tuff tshirt.  After the King Tuff show and a gang of weed and hours of reggae listening Nic accidentally stole my King Tuff tshirt, even though he was wearing his own King Tuff tshirt.  Through a series of mishaps, my tshirt is now traveling through Europe.  I asked Nic to take some snaps.  Here is tshirt in Spain. 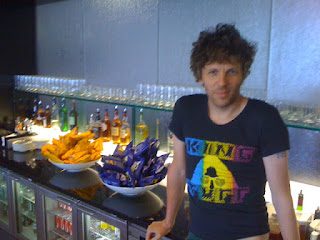 Here it is in the Admiral's Club in Heathrow.  Nic is supposed to send it to me from NYC
Posted by beckler at 9:30 AM

Was Biz the only one in a blazer on Jerry day? He really knows how to class the place up.

That poster in the pic with Nic really proves that he is in Spain.

I saw one other guy in a blazer. We sorta gave each other the "what's up". Plus some little kid up in the scary-hippy area told me I was dressed really nice. Admittedly the bar was set really low.

I saw two guys in ties: a scary wizard guy with a long white beard who was leaping a lot - he loosened his tie later in the day. The other guy had a huge gut and a white button up and a GIANT polka dotted clown tie

a lot of cool top hats, though. i kind of want a grimy hippy top hat with a feather in it somewhere. I think I saw the doo dah man as well.

p.s.-to ease your minds from the constant wondering I'd like to let you know that there are images of yoda/dancing bear hybrids.

I just ran across one of the Bananas stickers that Marie made that are anti-Jerry.

A couple weeks ago in Oregon, I listened to a guy who was talking about seeing "chunk chunk chunk" in Sacramento and how excited he was to get his picture taken with the lead singer. He said he offered the singer coke but the singer was busy getting his choice of pussy from the extremely willing crowd.