I'm sure pretty much everyone knows by now how absurdly crowded the Sacto MoFo was.  I took a look and turned right around, although we were lucky to find a parking space really quickly so as not to have wasted too much time.  I instead went to a secret undisclosed Mexican restaurant that is certain to be the subject of my July MidMo column.  Between the MoFo and the Lootenanny, Sac was officially off the chain. Felt like the first day of summer.  I'm sure everyone already heard me bragging but I won so much rad stuff in the Lootenanny raffle!  Dreams do come true=free coffee from Temple 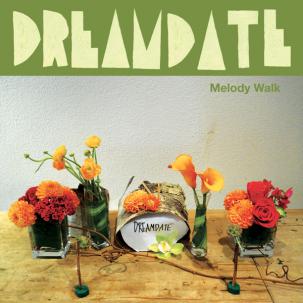 The Dreamdate LP is finally out.  You can find the LP and CD at Phono Select.  If you liked their first two albums you will like this one.  Luckily Rick was able to reschedule their Hub show in Davis.  Wrong Words were excellent also.

The Wrong Words "Wrong Again" from Chris Anderson on Vimeo.
I think their vocals sound a wee bit like best Jewish power pop band ever:  The Wind.  We missed the Croissants which was a shame especially since the show ended 45 minutes earlier than slated.
Posted by beckler at 9:25 AM

stoked that I just programmed vanoni's number into my phone. the weird thing is that it autofilled in "vanoni" after i typed "va"

that video would have been 1000 times better if she chose Spencer instead of Bronzo.

Dear Bill Burg,
I won the Golden Notes that you donated. thanks! I am super glad, I was worried that they would go to someone who didn't love books. And no I didn't cheat, if I could have I would've gotten the sweetass totally me purse that Becky won.

P.S. We made a a couple of grand for the historic preservation of Constock, NV. Thanks Sac!

i will trade you the purse for something good. like one of your dogs.

I about to close a deal to get dreamdate at Luigis in June.

Ps. I also got to the bottom of why the nacho business records haven't arrived. There was a six dollar balence due. True story.

dreamdate and nacho business records on the way? best summer ever. There is no way it won't be.

g: Thank Doug Biggert! He gave me those books but, well, I already had copies of most of them. When I heard about the Lootenanny wanting prize donations I figured it was fate. Glad to know the books found a good home--and went for a good cause.