It's a Mads world 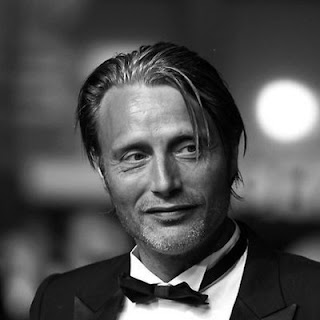 I am 100% going to see the new Gaspar Noe movie at the Tower tonight even though it is probably trash. I loved the trash that was Love. I like Noe movies better now that they are not so violent. Tower has been on a good run lately and it's making me happy. Arctic was really good and I'm happy I caught it in the two weeks it was there. Madds Mikkelson is one of my favorite actors.

I went to see Dolls House Part 2 at B street last night. The acting was very strong but the popularity of that play escapes me.  in 2018 is was the most produced nationally. I think it could possibly because it makes people feel smart because they understand the reference to the original Doll's House? People love to feel smart (me included). Other than that, it's pretty damned slight.

The truly remarkable thing about last night is that I heard activity from six different phones during the play. Two different  phones rang, two phones received pinging texts, one near me did the full vibrating ring-to-voicemail and someone's iphone alarm went off for quite a while! Totally outrageous. I've never seen anything like it. Dave Pierini intro'd the play and he didn't tell people to turn their phones off so that probably accounts for it. In 2019 I guess you have to tell the Boomers (ok, one young girls phone went off, too) explicitly to take out their phones and turn them completely off.

Oh, the Bee. I fear you are not long for this earth. Not only do I miss deliveries probably once every couple weeks, even though it's quite expensive to get delivered, today an entire section was missing from the paper. I have been seeing frequent typos, sometimes on the front page, and recently they reran an entire food article that they had just run two week prior, as if no one would notice.

The Bee ran a piece today on local activist Berry Accius' quest to eat at a black-owned restaurant every day in Feb for Black History Month. The article had this quote,

'There were some judgment calls, too. Rob Archie owns Pangaea Bier Cafe and co-owns Urban Roots Brewery & Smokehouse, but Accius said he forgot about them because neither feels particularly “black.”

I can't comment on that judgment call of course, but it would have been appropriate to ask Rob to comment, and also calls to mind the delicious mac and cheese and BBQ that I just had at Urban Roots the other day.
Posted by beckler at 10:35 AM 4 comments:

I have at least 12 minutes to kill so I will write a post. I am about to leave work but leaving right at 5 is a fool's errand (fool's journey?) because that is right when students all leave class so you will be stuck waiting for them to cross and they will all be on bikes and hoverboards and motorized skateboards and whatever and looking at their phones so you will be there a WHILE.

It is so dorky and good that the UCD Chancellor is having William Shatner speak on campus and also screening Wrath of Khan at the Mondavi. I would go, but it's on a Saturday (I avoid Davis on the weekends) and it's 55 bucks. But still, cute!

I don't have the steam right now for another Laos post because blogger still makes it pretty hard to upload photos. I'm going to Puebla and Mexico city in late April so I'm excited about that. I was just looking at the fancy architect-designed museum of the baroque in Puebla, which I will definitely go to. And eating mole obviously. Other than that, not too planned yet.

It's kinda cheesy that people are getting excited about the Michelin guide coming to Sac. That thing is so musty and dusty it should come with a sneeze guard (don't think about that too hard). But if chefs are excited to get a star, that's cool.

I've been seeing all the Instagram posting about Billy Ngo's ramen popup. I will wait for it to open on K street. All the ramen looks really good. I was skeptical about expensive ramen until I ate at Ramen Shop in Berkeley. If it can be that good, I'll pay close to 20 bucks for it. Hopefully that price will be hearty enough to be mostly a full meal, though. Those bowls at Ramen Shop are pretty light. But that gets into the debate on what types of dishes diners expect to be a bargain and what they will pay for.
Posted by beckler at 5:03 PM No comments: