Here's the patio from our AirBnB. IT was a sick spot, and had beautiful plants. 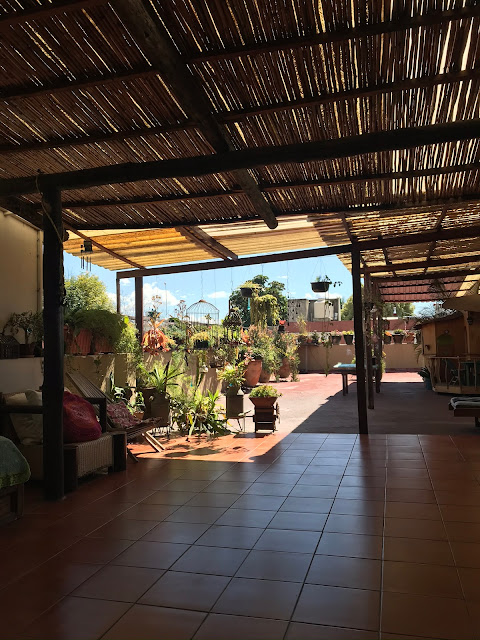 Oh my god, why won't blogger let you position the photos better! This is ridic. Oh well, let's get into early 2000s nostalgia for this look 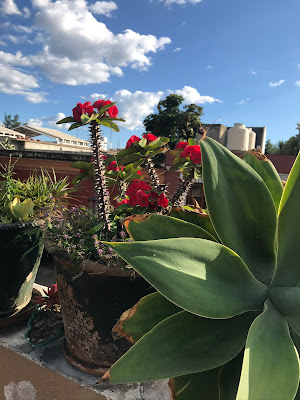 The struggle is real to post instead of using Instagram. I want to single-handedly lead a blog revival and a mass abandoning of the Gram and FB. 2010s nostalgia is peaking right now so let's bring back blogs! BUT blogger makes it nigh impossible to easily post photos whereas it's so easy on Instagram and you get so much social validation from it instantly! I mean, my serotonin will barely be affected by this post unless you comment so what's the point????

Nonetheless I will soldier on because when destiny calls one (to lead a blog revival), one must answer. Oaxaca report after the jump

The food writing world is all abuzz this week about Pete Wells' one star review of Peter Luger steakhouse in Brooklyn, which has been around since 1887. It was a moderately fun read, not that crazy. The best line was about the shrimp in the cocktail tasting like latex. I've never been to Peter Luger, at first because it was way out of my budget, and now because I only go to NYC every couple of years. It sounds like the kind of place that is right up my alley as far as being old and crotchety and having grumpy servers.

Eater Podcast had a discussion of it, and I felt very validated for my love of old places, as I wrote about in Eater (plug, plug) (which I still have not been paid for BTW). They talked about all the reasons they love Peter Luger that are not just about having the very best steak in the world. For Halloween I watched 1 1/2 scary movies, the half was The Cell. I saw this movie when it came out and I forgot about how bonkers it is, and how repulsive as well. I have a newfound love of J Lo from Hustlers but she is so ridic in this, and it's not her fault. The director's leering gaze permeates how she is filmed. She literally has on pink lip gloss in bed alone!! Gross.

The other scary move was Insidious, from the Conjuring dude. I like all his dumb movies. And as a lady, I like Patrick Wilson.

Smiller and I saw The Lighthouse at Tower. I find it very amusing that he was getting The Nurse (directed by conjuring dude) and The Witch (actual high quality movie) mixed up and thought we were seeing a Nurse-related movie. He also did not realize that it starred Robert Pattinson and Willem Dafoe until the end credits rolled. Nevertheless we both enjoyed it a lot, and I'm so glad I saw it on the big screen as I 100% would have fallen asleep watching it at home. The guy working the ticket booth was very nice and told Smiller that all the Hitchcock movies have been selling out, which is cool. I'm stoked Parasite came out today and will see it soon for sure.